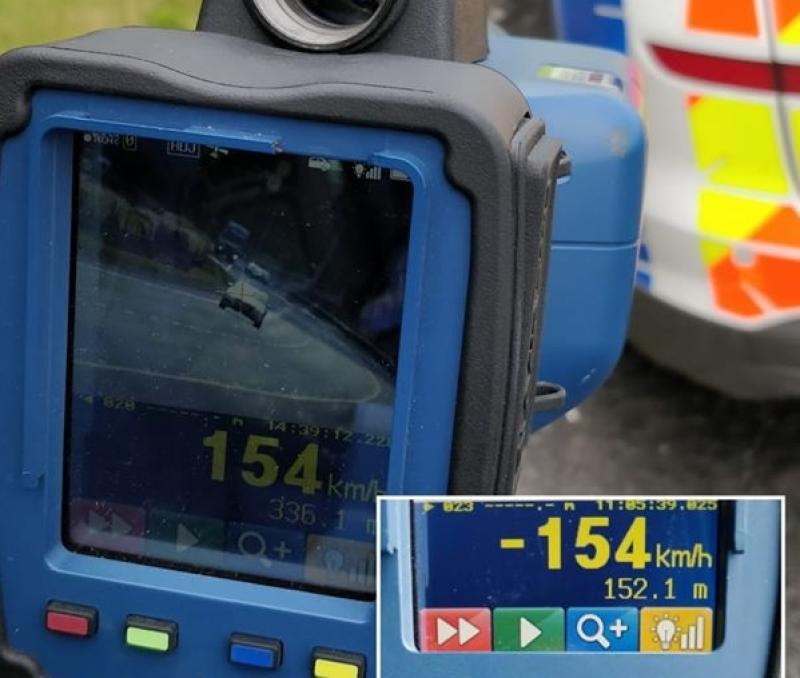 The same motorist was caught twice breaking the speed limit on the same stretch of motorway in the Midlands within a matter of hours on Tuesday.

A number of hours later, while conducting a separate speed check on the eastbound carriageway, the same driver was detected on their return journey, again traveling at 154kph.

The driver is now facing six penalty points and €160 in fines.