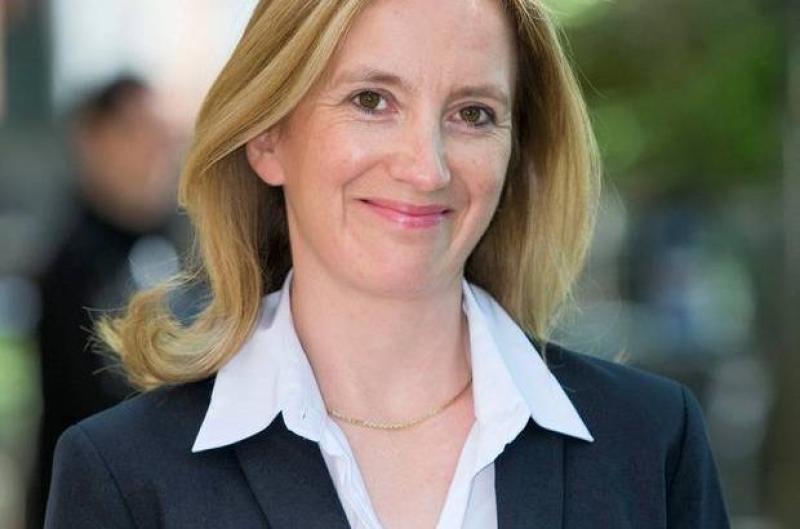 The High Court has dismissed John Waters and Gemma O'Doherty's legal challenge against laws introduced by the State due to the Covid-19 pandemic.

Mr Justice Charles Meenan in dismissing their application for leave to bring their challenge said they had not provided the court with any expert evidence or facts to support their view that the laws challenged by the applicants were disproportionate or unconstitutional.

The laws brought in by the state to help deal with the pandemic he said in his judgment are "constitutionally permissible."

The applicants he said who have "no medical or scientific qualifications or expertise relied on their own unsubstantiated views, gave speeches, engaged in empty rhetoric and sought to draw parallels to Nazi Germany which is both absurd and offensive."

"Unsubstantiated opinions, speeches, empty rhetoric and a bogus historical parallel are not a substitute for facts," he added.

In judicial review proceedings against the State and the Minister for Health the applicants sought to have various pieces of recently enacted legislation, which they say are unconstitutional and flawed, quashed by a judge of the High Court.

They also wanted the court to make a declaration that the legislation challenged was unconstitutional.

Opposing the leave application Patrick McCann SC, appearing with Gerard Meehan Bl, for the state argued the application was "doomed".

Francis Kieran Bl for the Dail, the Seanad and the Ceann Comhairle, which were notice parties to the action, also opposed the application and described the challenge as "a full frontal attack" on articles of the constitution associated with the separation of powers.

Ruling on whether they were entitled to leave or permission of the court to bring their case to a full hearing, on Wednesday Mr Justice Meenan said the applicant's claims were not arguable and the court could not grant them permission to have their challenge determined at a full hearing of the High Court.

The judge said that while the laws have interfered with everyone's lives he did not accept the applicant's claim that the legislation was in breach of various articles of the Constitution concerning the family and social policy rights and the right to freedom of movement.

Agreeing with the state's arguments the judge said that to make out an arguable claim that the limitations and restrictions were disproportionate the applicants needed to put evidence in a sworn statement supporting their views.

There was "a complete failure" by the applicants to do that, the Judge said.

While they had questioned the accuracy of the official figures of those in Ireland who have died and contracted the virus and called the science behind those numbers fraudulent, the judge said they had not identified any expert evidence to support their views.

This the judge said contrasted with the evidence from the Dept. of Health setting out in detail the background and reasons for the legislation.

The judge said that while the applicants did have the legal standing to challenge the constitutionality of some of the laws the case should not have been brought by way of judicial review.

It should have been taken by way of plenary hearing which would have involved the hearing of oral evidence.

In his judgment, Mr Justice Meenan said he agreed with submissions made on behalf of the notice parties in regards as to how the laws were voted on and passed by the houses of the Oireachtas. The manner in which the houses dealt with the laws, the judge said, is not something a court could interfere with, formed part of the applicants' challenge.

The laws in question had been brought in by a caretaker government and voted on by an incoming Dail and an outgoing Seanad.

However for a court to embark on the hearing of the complaints raised by the applicants, the judge said, would amount to a clear breach of the separation of powers, he said.

There was no question but the Dail and Seanad that considered and passed the laws were validly constituted, and that the constitution allows for a caretaker government to remain in place till a new government is formed.

The decision was delivered electronically to the parties.

However, during the course of the hearing, the applicants indicated that they would appeal to the Court of Appeal if they were not granted leave.

During the hearing of the application, dozens of Gardai were stationed around the Four courts to ensure that social distancing regulations for court hearings, where limited persons can attend court, were adhered to.

Dozens of supporters of the journalists had attended around the Four courts complex when the matter was listed before the court. The applicants had objected to this and argued that the public had a right to be present in the court during the hearing.

That argument was rejected by the Judge, who said that as the proceedings were being covered by the members of the media, the hearing was being held in public.

Their proceedings were also aimed at striking down temporary restriction regulations brought due to Covid-19 under the 1947 Health Act.

They claimed the laws, and the manner in which they were enacted, are repugnant to several articles of the constitution including rights to travel, bodily integrity and the family.

The laws, they had argued, amount to "an unprecedented" suspension of constitutional rights.

The case will be mentioned before the court at a later date.