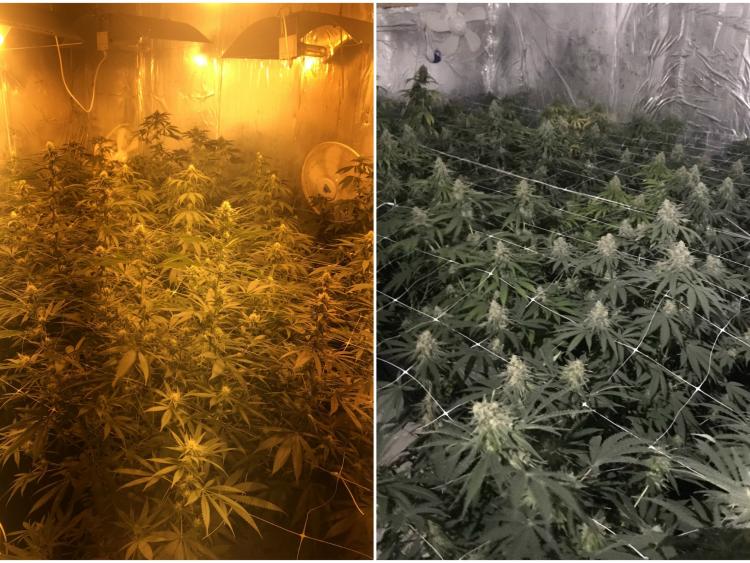 Another big haul of drugs has been seized in the midlands.

Gardaí attached to the Divisional Drugs Unit in Longford/Roscommon Division have located a cannabis grow house in Ballymahon and seized more than €130,000 worth of suspected cannabis plants this Thursday afternoon.

Shortly before 2pm on May 28, 2020 members of the Longford Roscommon Divisional Drugs unit executed a search warrant at a house in Ballymahon Co Longford.

During the course of the search they uncovered a suspected cannabis grow house and seized plants and cannabis herb with an estimated value in excess of €130,000.

Gardaí also seized weighing scales, fans and lamps associated with the sale and supply of drugs from the house.

One man in his 20s has been arrested and he is currently detained under Section 2 of the Criminal Justice (Drug Trafficking) Act 1996 at Longford Garda station.