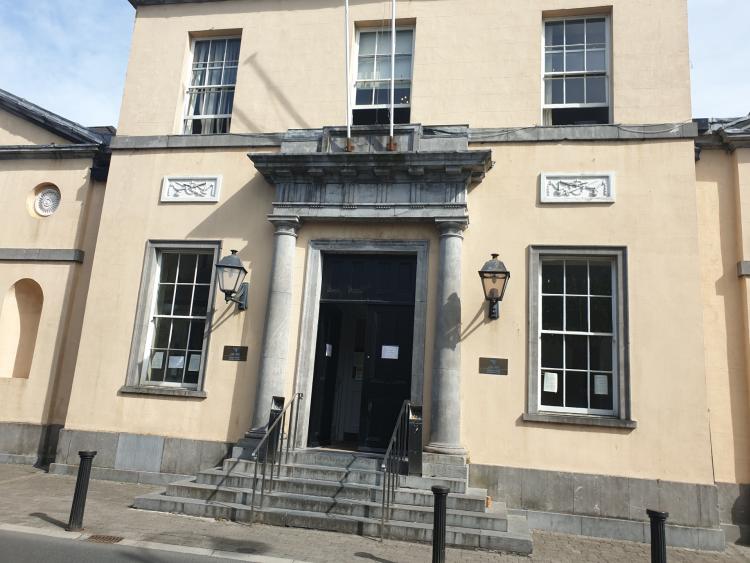 Four Brazilian men were remanded in custody this morning after appearing on Portlaoise District Court on firearms charges allegedly committed in Co Offaly on Wednesday morning.

There were no bail applications for the other two accused men, Jefferson Dos Santos, 34, also with an address at Apartment 4, Inny Court, Ballymahon, Co Longford, and Ildomar Cabrar Da Silva, 29, of no fixed abode.

All four are accused of possession of firearms in suspicious circumstances at River Street, Clara on May 27 and with breaching the Covid-19 travel restrictions.

Opposing bail applications, Inspector Brian Farrell said there was evidence Mr Rodrigues was the driver of a car in which a sawn-off shotgun and a submachine gun were found at two minutes after midnight.

Inspector Farrell said Mr Filho was the driver of another car which was in convoy with the vehicle driven by Mr Rodrigues.

He said gardai believed both firearms were going to be used to cause loss of life or serious injury.

Inspector Farrell said enquiries had linked the incident in Clara with an ongoing feud in Tullamore between two families. Evidence from phone analysis indicated a Google map search for an address of one of the feuding families.

Mr Rodrigues was in the State illegally since January 21,  2019, and was obliged to leave but had not done so.

A bottle of petrol and a lighter were found in the car driven by Mr Filho and he had been seen earlier on CCTV in Enfield at the toll plaza and at Applegreen.

Inspector Farrell said gardai believed the petrol would be used to burn out the other vehicle.

Donal Farrelly, a solicitor for Mr Rodrigues, applied for bail on the grounds that he had a permanent address in Ballymahon with his partner and he would sign on daily at a garda station.

Michael French, for Mr Filho, said his client denied any hand, act or part in the matters outlined by the gardai.

He also said Mr Filho had concerns about his health because he had been admitted to hospital with a cough and breathing difficulties while in custody.

Judge Staines refused both bail applications and remanded the four men in custody to Cloverhill Prison to appear at Cloverhill District Court on June 3 next.

She ordered that Mr Filho be tested immediately for Covid-19.