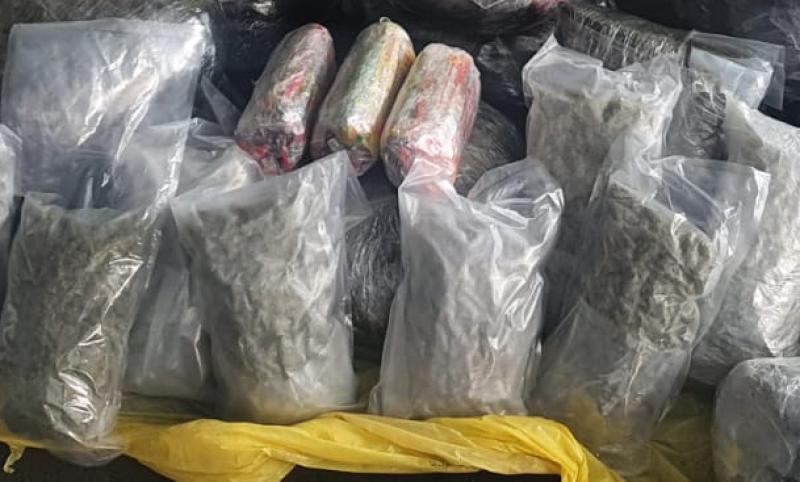 Cannabis sweets, also are known as cannabis candy, formed the bulk of the drugs seized by Gardaí in Laois on Wednesday.

Gardaí are continuing the process of examining the haul of cannabis herb and PCP infused sweets seized from a van in the rural area not far from Portlaoise.

A conservative estimate has been put on the value of the drugs of €3.9 million but this could be revised upwards after further analysis.

Gardaí estimate that the cannabis herb as having a street value of €140,000. The remainder of the drugs is made up of cannabis sweets the quantity and street value of which continues to be examined.

Gardaí suspect the drugs had been smuggled into Ireland for redistribution around the country from Laois.

The drugs were contained in a mini-van when seized near a security compound in the Laois village of Raheen.

The operation, which involved a number of national units and local gardaí, is believed to have been the result of months of the investigation centred on a suspected elaborate drug dealing operation centred in Portlaoise.

Of the four men arrested two are Carlow natives. One of these was living in Portlaoise and was known to gardaí over suspected involvement with the drug trade.

Two of the other men detained are from Limerick.