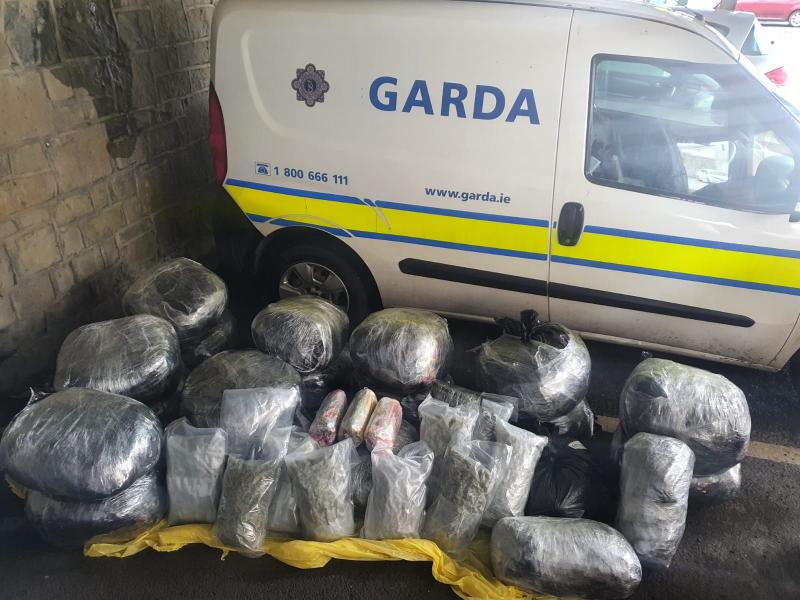 Two men in their 40s are due to appear before a sitting of Tullamore District Court this morning (3/7/2020) charged in connection with a Garda investigation into a seizure of cannabis in Co Laois this week.

The two other men arrested during the operation remain in Garda custody.

It is understood that a third man may also be brought to court while a fourth suspect has received some medical treatment.

The four men were arrested in connection with €3.9 million seizure of cannabis herb and cannabis products on Wednesday, July 1 as part of ongoing intelligence operations carried out by the Laois Drugs Unit supported by local Detective Units and National Units targeting the sale and supply of controlled drugs, a vehicle was stopped by Gardaí in the Raheen area of County Laois.

The estimated value of this seizure (pending analysis) is approximately €3.9 million. Most of the drugs are understood to have been cannabis-infused sweets.

All four men were detained under the provisions of Section 2 of the Criminal Justice (Drug Trafficking) Act 1996.