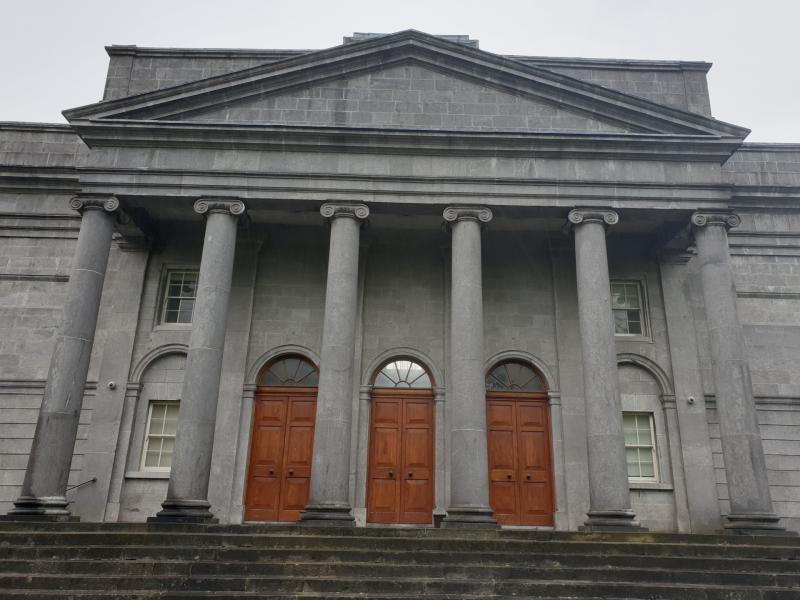 Two Limerick men charged in connection with a €3.9m cannabis seizure in Laois have been remanded in custody.

Applications for bail were refused by Judge Bernadette Owens.

Detective Sergeant William Delaney, Portlaoise garda station, opposed bail because of the nature and seriousness of the charges and that if admitted to bail he believed the men would fail to turn up in court.

Det Sgt Delaney said the evidence would be that Gerard O'Brien and John Ryan travelled together from Limerick to a location in the north-east of the country to collect a consignment of drugs.

It is alleged that on arrival they loaded up to 10 cardboard boxes into their vehicle and travelled back to Raheen in Co Laois where they met another individual.

Det Sgt Delaney said the evidence would be they handed their vehicle to the other person and left in a different one. Gardai then intercepted both vehicles.

The 7kg of cannabis had been analysed and its estimated street value was €140,000.

The other items were awaiting analysis in the forensic science laboratory and were believed to have a street value in excess of €3.7m.

In a bail application for Mr O'Brien, Philip Meagher, solicitor, said his client was a father of one who would comply with any bail conditions the court would impose.

Suzanne Dooner, BL, for Mr Ryan, made a similar application and said an independent surety was prepared to lodge €5,000 cash.

Ms Dooner also said Mr Ryan, a father of four children, had been told a €250 drug debt he had would be wiped out if he engaged in the drug transport and he would also be paid €500.

Judge Owens refused the applications and remanded both men in custody to Cloverhill District Court on July 10 next.
She also directed that Mr Ryan receive all appropriate medical treatment.

The court was told two other males remain in custody in connection with the seizure and there may be another court appearance later today.