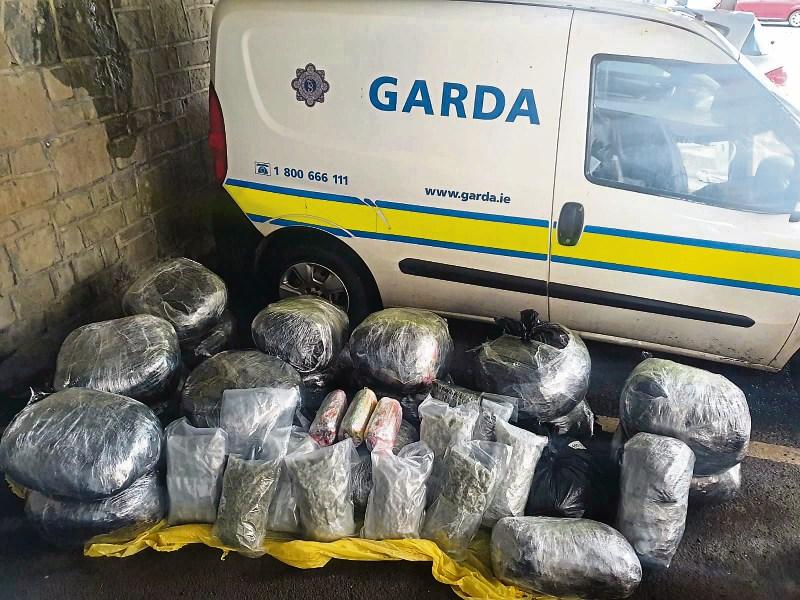 Gardaí do not believe Dublin drug gangs have decentralised to Laois but it is locally based criminals that are driving the trade.

Garda Superintendent Tony Pettit was speaking to public representatives at Laois County Council this week where he was asked by Brian Stanley TD about the rate of criminality.

“Is there a situation where significant (drug) players are decentralising out of Dublin? Are they relocating? In the past we would have seen Laois as down the supply chain working on behalf of the big players,” he said.

Deputy Stanley said the re-establishment of the garda drug squad has made a big difference because of the drug activity.

“There are obviously major players. It is no longer a case of €10 for a bag of heroin or some hash. This is significant what is going on," he said.

Referencing last week's haul of nearly €4 million worth of drugs in Raheen he said up till a few years ago people would have said that would not happen around Laois.

“It shows the extent of what is happening. Do you have the resources to get on top of it?”

Supt Pettit said he is satisfied resources have been increased in the area of drug enforcement.

“I do not think we are at the point where huge hoards of drug-related gangs from Dublin have come down to Laois or Offaly,” he said.

He declined to comment on recent cases but said the trade is locally run.

He said recent operations have made an impact.

“We are satisfied that we have broken up what is there and this is beneficial for Laois,” he said.

He said big seizures and arrests can deter players from outside the county moving in as they will see that they cannot do what they want.

The meeting was also updated on the incidence of drug crime during the first half of 2020 which includes the lockdown. Drugs and weapons offences increased by 14% on the same time last year. The key reasons for this were a 28% rise in detections (73) of people dealing drugs and a 14% rise in the number of people (184) found in possession of drugs.

Supt Pettit said there was a cohort of people who thought they could continue as normal.