A truck driver was arrested on Thursday August 13 after his truck struck a railway bridge in Portlaoise, Laois.

The driver told Gardaí that his Sat Nav had sent him through Portlaoise which has two low railway bridges.

The bridge hit resulted in heavy traffic holdups in the town on Thursday August 13, as it had to be inspected to ensure it was not a danger for passing trains.

The Laois Roads Policing Unit of the Laois Offaly Garda Division arrested the driver and charged him for dangerous driving, to result in a court appearance.

"Laois Roads Policing Unit attended the scene of a Bridge Strike in Portlaoise Town today. The driver of the articulated truck was unfamiliar with the area and was following Sat Nav directions.

"The driver was also unaware of the height of their trailer resulting in the collision. This resulted in heavy traffic congestion in Portlaoise until the bridge was inspected and deemed safe by Iarnród Eireann's engineers and before the scene could be cleared.

"The driver was arrested for dangerous driving and charged to appear in Court. All drivers are reminded to familiarise themselves with their vehicle & trailer heights and not to be overly reliant on Sat Nav's to avoid this type of incident," the Gardaí have said.

Earlier this summer several Portlaoise councillors requested that the flashing height warning sign for trucks on the N80 Mountmellick road be repaired. it is out of action for some time. Laois County Council said then that it had asked Iarnróid Eireann which is responsible for the sign. 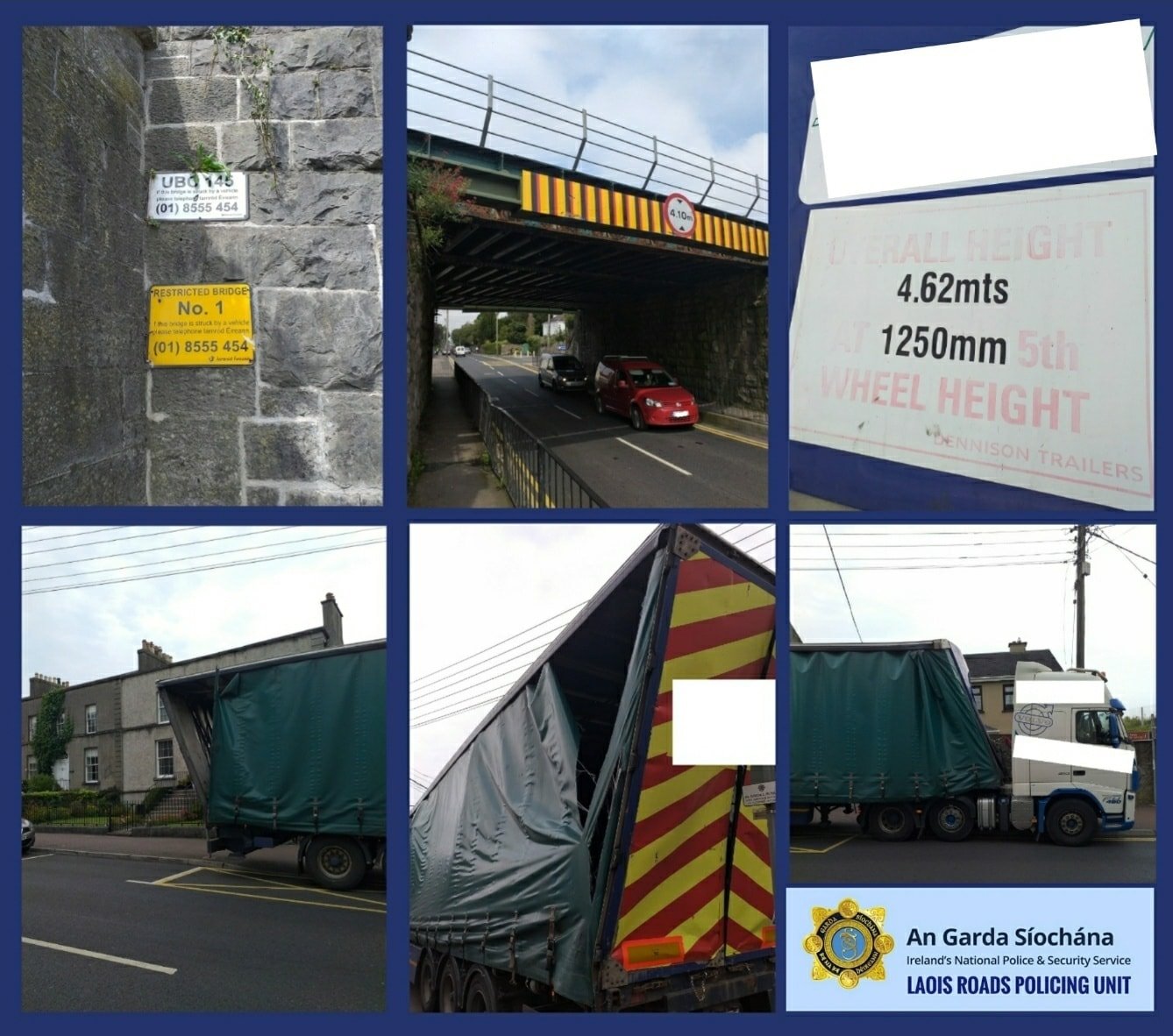