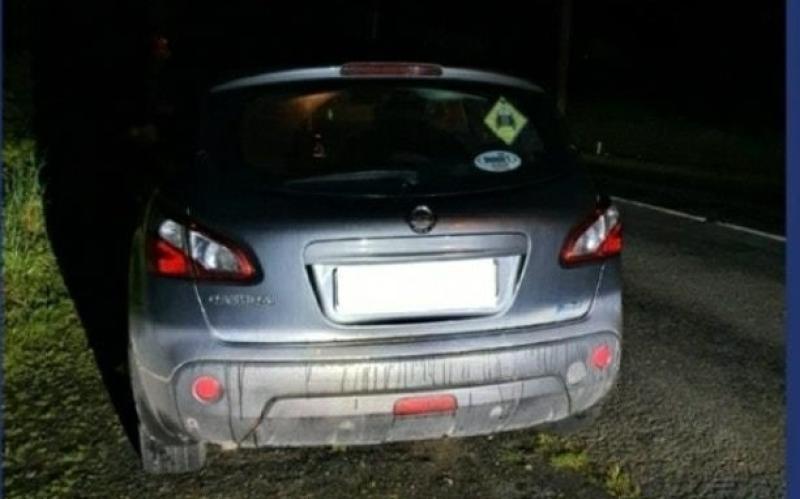 An image of the car driven by a driver over the alcohol limit in Portarlington.

A driver suspected of being drunk was stopped and arrested by Laois Gardaí near Portarlington in the early hours of this Monday morning August 24.

The driver was also out of tax for almost two years.

"Laois Roads Policing Unit on patrol in the early hours observed a vehicle driving erratically near Portarlington. The vehicle was stopped and the driver arrested on suspicion of Drunk Driving.

"A breath sample was taken at Portlaoise Garda Station which was over the limit. The driver has been charged to appear before Portlaoise District Court. The vehicle being driven was also out of tax for over 700 days and was seized," the Laois Offaly Garda Division reported on its Facebook page.

Their work was praised by the public in comments, including a comment by Gillian Treacy from Portarlington, whose four year old son Ciarán was killed by a drunk driver near the town.

Gillian and her husband Ronan Treacy went on to bravely front an emotional national media campaign against drink driving for the Road Safety Authority.