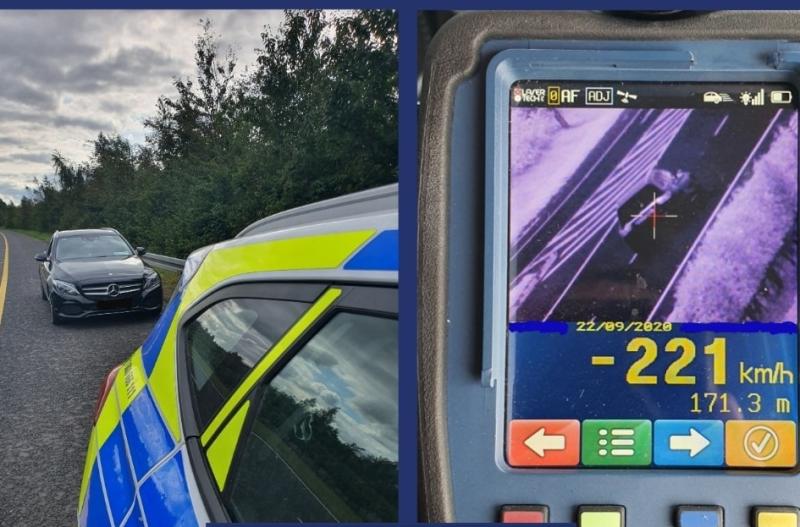 The driver of a high powered black Mercedes is facing at least a day in court after being pursued by Laois Gardai on the Cork Limerick Dublin road before eventually coming to a stop in Kildare.

Laois, Offaly, Kildare Division gardaí say the Laois Roads Policing Unit was conducting a speed check on the M7 on Tuesday, afternoon, September 22 when they say officers detected a vehicle travelling at 221kmph.

Gardaí say the vehicle was followed and stopped in Kildare where the driver was arrested for dangerous driving. Gardaí report that the individual was taken to Portlaoise Garda Station and has been charged to appear before Portlaoise District Court.

Portlaoise Gardaí  also detected two other vehicles who they say were being driven at speed above the limit on the M7.

One was clocked at 144 while a second was travelling at 161. Both received 3 penalty points each as a result. 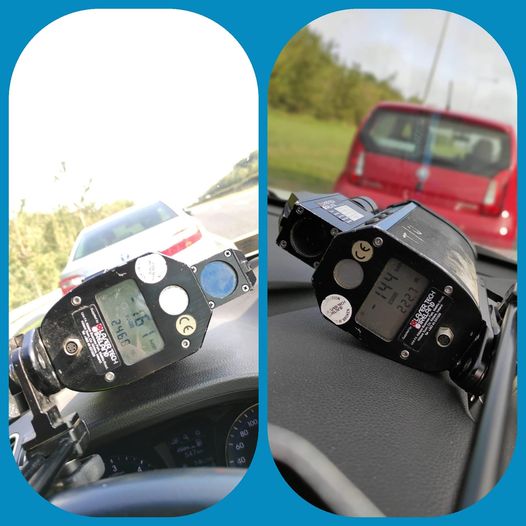