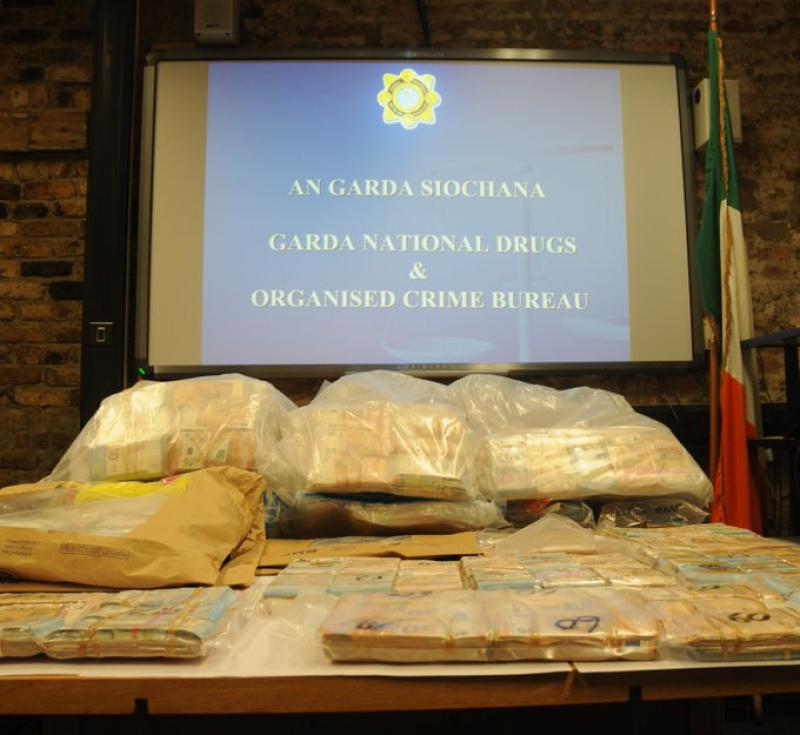 Cash seized in Laois and Kerry by Gardaí

A Laois man appeared in Co Cork last Friday evening after being charged arising from the seizure of nearly €4 million in cash in Kerry and Laois as part of an investigation into organised crime and the international drug trade.

Darren Hoey of Oak Drive, Ballacollig, Mountmellick, 46, appeared before a sitting of Fermoy court at 6pm on Friday, October 2 arising from an operation last week.

The male was charged after questioning in Tralee after being arrested on suspicion of having committed an organised crime-related offences.

Substantial quantities of cash were confiscated during searches in near Listowel in Kerry and Mountmellick during an operation carried out on Wednesday, September 30, the Garda National Drugs and Organised Crime Bureau (GNDOCB). Three vehicles were also seized.

Gardaí said in advance of the court appearance that the operation was carried out as part of targeting suspected criminal activities of an organised crime group, believed to be involved in drug trafficking at an international level.

He was remanded in custody to appear before Tralee District Court this week.