New anti-dumping signs have gone up in dumping blackspots around Laois saying “Don't be a tosser”.

The strongly worded signs ask “Why are you dumping here?” The answers include “I am selfish, I don't care about my community, I think others should pay to clean up after me.”

Laois County Council’s Environment section erected the signs as part of a range of efforts to curb repeat rural dumping.
In August and September they gathered four mattresses, two three seater couches and two two seater couches all dumped on the Ridge Road between Portlaoise and Mountmellick, close to Kyletalesha landfill.

A large pile of builders rubble and rubbish was cleared at Clonkeen, Portlaoise (image below). 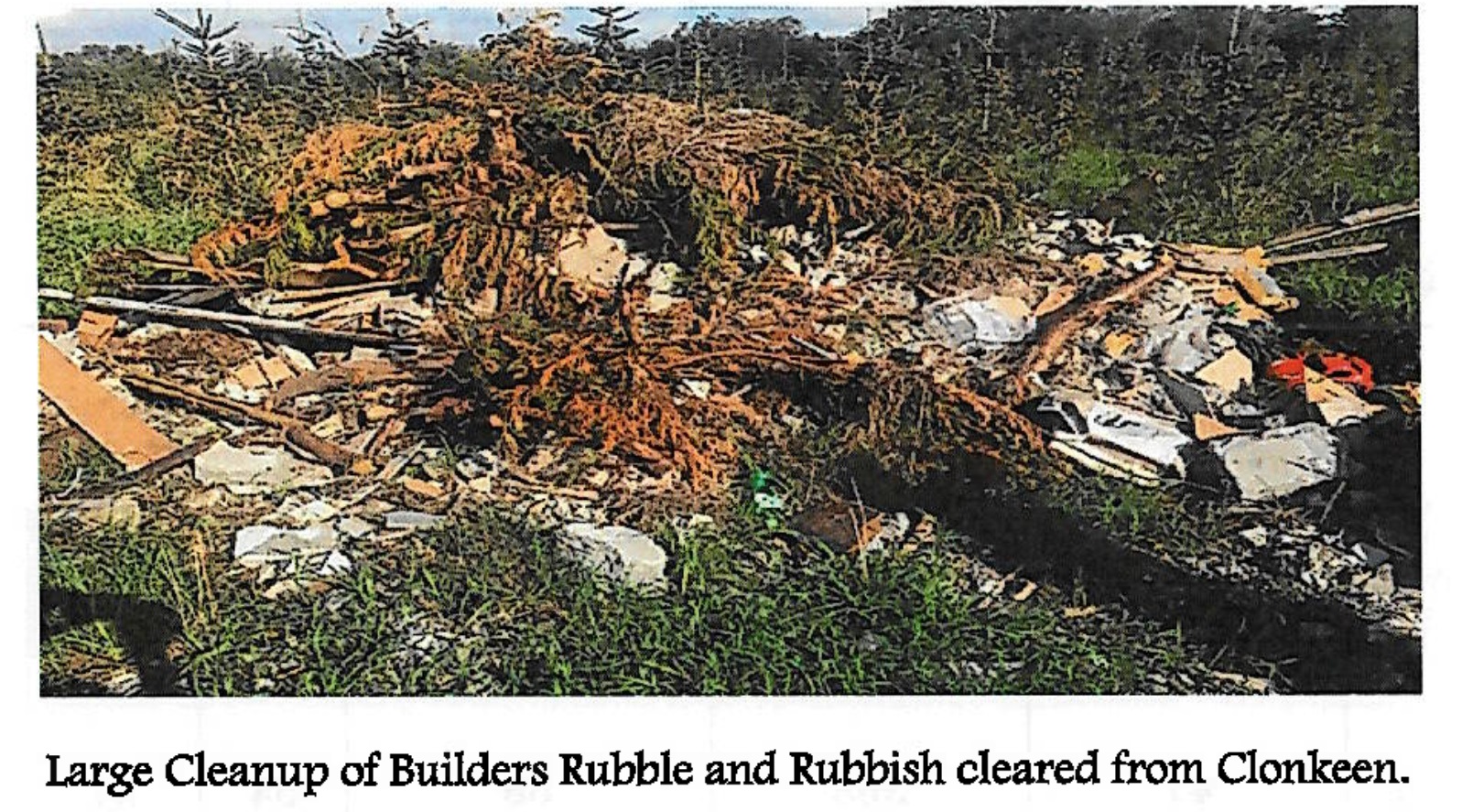 More clean-ups were done in Vicarstown, the Slieve Bloom area, Bog and Lower Forest Bog, Mountmellick.
CCTV cameras will go up in key areas, identified after consultation with locals. The council is also tackling dog litter.

“Anti-dog fouling and no dumping signs are being given to residents associations for display in green areas and popular dog walking routes. A number of anti-dogfouling stencils have also been purchased and the litter wardens will engage with local tidy towns groups to identify locations for spray painting the stencils”.

Their work was praised at the September council meeting.
“I welcome the new signs saying don’t be a tosser. Dumping is an issue,” said Cllr John King.

Cllr Willie Aird warned of the cost of illegal dumping on landowners.
“There was a huge case in Meath, if you take in dumping, you can be fined €6.5 million. It went into a huge farm there and it has to be sold now. Be careful when you see a trailer load, it’s going somewhere,” he said.