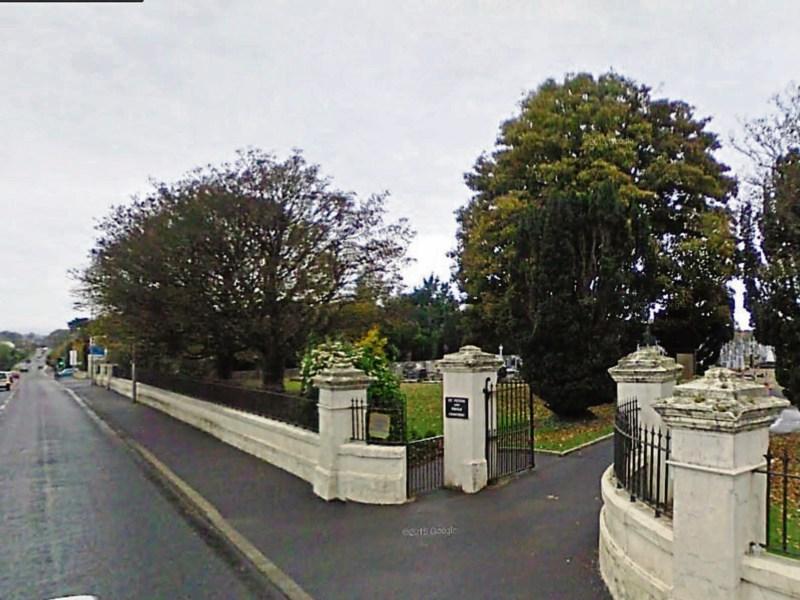 A man has been arrested in Portlaoise after a local elderly couple was attacked in the biggest cemetery in Laois.

It is understood that the man and woman were driving out of SS Peter & Paul's Cemetery in Portlaoise on Thursday afternoon October 8 at around 2 pm when a man jumped into the back of their car.

It is claimed that he held some sort of stick around the neck of the woman, threatened her and told the man to drive. The man drove onto the busy Stradbally Road, and then the woman managed to open the door of the car and jumped out as it was moving. The alleged attacker then jumped out too and ran away, with witnesses to the incident then coming to the couple's aid.

The couple who are from Portlaoise had been visiting their son's grave. They are believed to be uninjured but shook up.

The attacker was later found and arrested by Laois Gardaí and charged with robbery, related to the same incident. He remains detained at Portlaoise Garda Station this Friday October 9.

"I was horrified and shocked to hear that this happened to an elderly couple. I know the family well, they are very quiet, dignified and private people. It is a very worrying situation, given the fact that a huge number of elderly people regularly go to the graveyard during the day. You would never expect this to unfold in broad daylight, however I think it is a freak incident, I have never heard anything like this happen before.

"I wish them well in their recovery, and I call on the heavy hand of the justice system to ensure that any sort of attack on our elderly, face the full rigours of the law," Cllr Dwane Stanley told the Leinster Express.