Theft of cosmetics and many other products 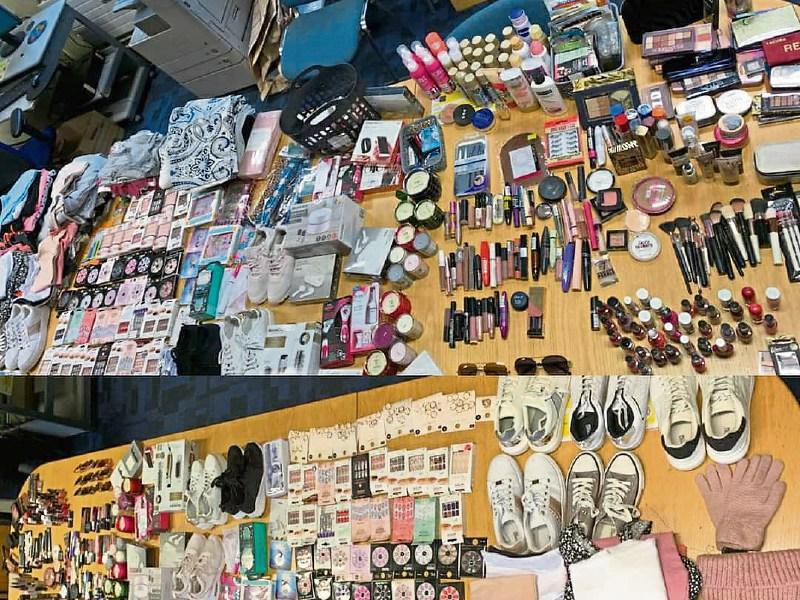 Some of the stolen products seized by Gardaí

A woman, who is originally from Portarlington, was found to be in possession of approximately €3,000 in stolen goods by gardaí, last week’s sitting of Portlaoise District Court heard.

Kirsty Fitzpatrick (33) with an address at Simon Community, Clontarf Road, Tullamore faced a number of theft charges which occurred at various locations including Boots and Pennys in Portlaoise, on dates between August 10 and October 8 last.

The goods discovered at her address were valued at approximately €3,000. It was estimated that the property taken from the premises in Portlaoise came to over €1,500.

Defence solicitor Josephine Fitzpatrick said the issue was a “very sad situation” and the defendant had ended up homeless.

The defendant had originally lived with her grandmother in Portarlington, who had given her great support. Her five children are now in care.

Her parents had moved to Spain, and for a time the defendant was drug-free and was in gainful employment there.

On her return to Ireland last year, the defendant had “slipped into her old habits and is now on methadone,” Ms Fitzpatrick said.

The thefts had occurred to feed the defendant’s drug habit, Ms Fitzpatrick said.

“She acknowledges that she does need residential treatment,” Ms Fitzpatrick added.

Some of the stolen goods will be able to be resold, “but the reality is that some of the owners of the goods will not be compensated,” Ms Fitzpatrick said.

A one-year prison sentence in Dochas Prison was imposed, the last two months of which are suspended to allow supervision from the Probation Service.