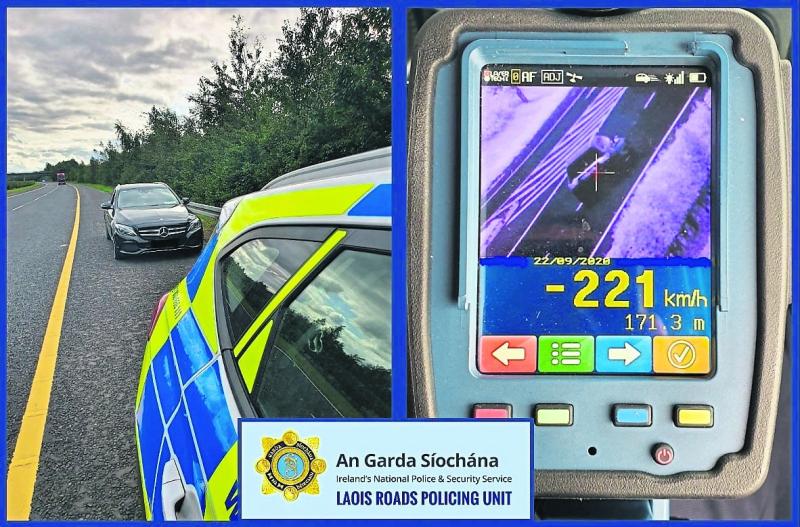 A man drove at “astronomical speed” on the M7 motorway, with the presiding judge commenting that she did not realise cars could go that fast.

The court heard the car was driven at 221 kph in a 120kph zone on the busy Cork, Dublin, Limerick route.

Before the court was Ziarek Lukasz, 10 Ferns Green, Fernsbridge, Monasterevin, Co Kildare who was charged with dangerous driving at M7 Cappakeel on September 22 last.

When defence counsel sought to have the charge reduced to careless driving, the prosecution did not agree to this.

The defendant told the gardaí who stopped him that he was rushing to collect children from a creche. He works as a mechanical engineer in Dublin and the court heard that mandatory driving disqualification will have a devastating effect on him. He pays €900 per month for his mortgage.

“I didn’t know a car could do that speed,” Judge Catherine Staines said.

The court heard the defendant was driving a Mercedes Benz car.

“The only reason I was able to catch him,” Garda Stephen O’Hanlon said, “was because I had my lights and sirens on and he was held up by other cars in front of him”.

Garda O’Hanlon said the car he was driving would not have been able to reach the speeds the defendant was doing.

The defendant had 5 previous convictions, one of which was for drink driving, which dated back to 2010.

“You could have arrived dead,” Judge Staines told the defendant. “Your children could have had no father”.

“This was outrageous speed,” she said.

The defendant was disqualified from driving for two years. Recognisances were fixed on his own bond of €100, should he wish to appeal.