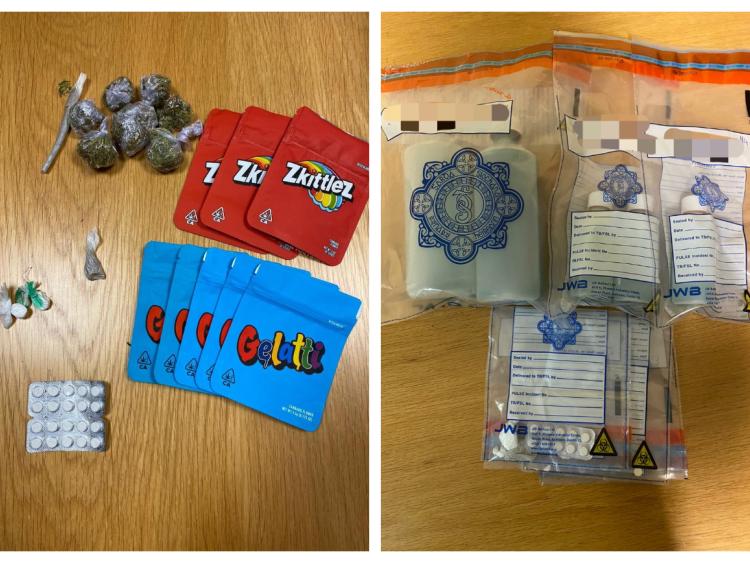 The most recent find took place on October 23 when Portarlington Gardaí were carrying out searches and enquiries into anti-social behaviour and the sale and supply of drugs in the town. The police say they seized what are alleged to be unprescribed methadone and tablets and quantities of cocaine and heroin. MORE BELOW PICTURE. 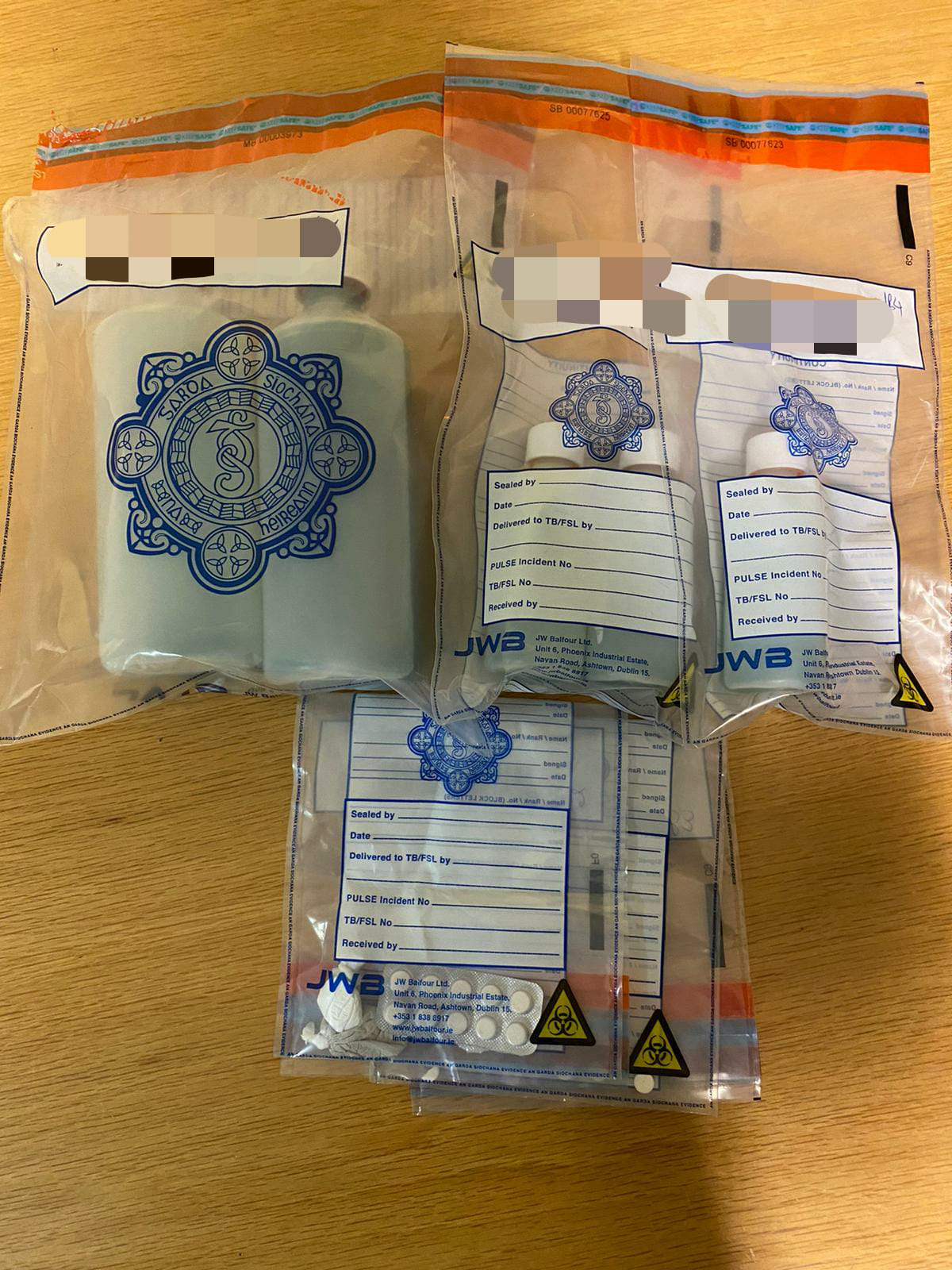 Meanwhile, in the Laois Offaly border town on October 20, Gardaí on patrol stopped a vehicle the occupants of which the police  say were 'acting suspiciously'.

A picture of the drugs seized published by Gardaí shows packets of marijuana-infused sweets called Zkittlez /skittles and Gelatti. 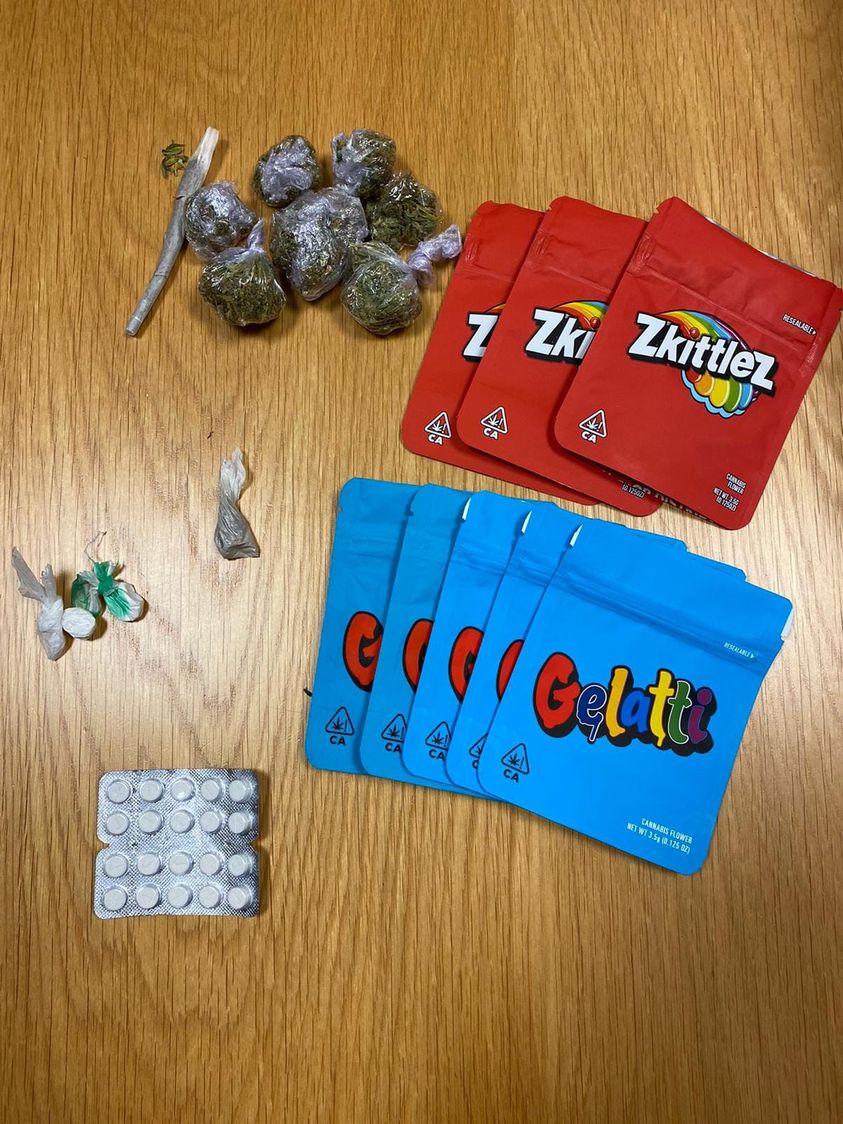