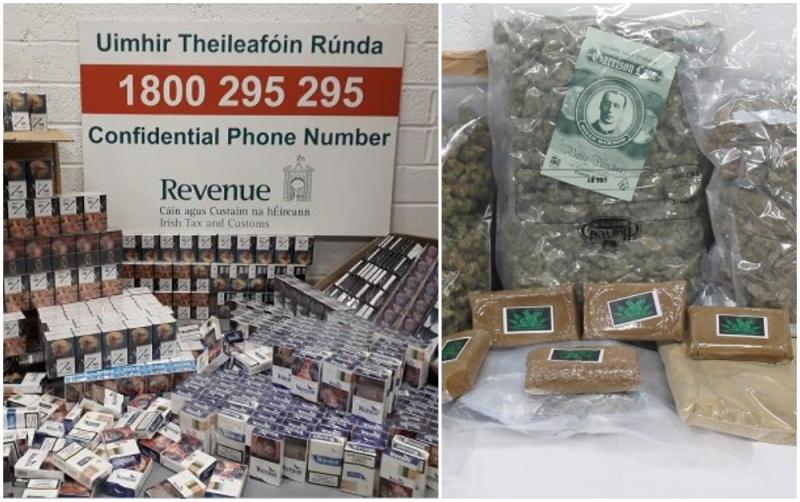 As a result of four separate routine operations carried out at Athlone Mail Centre and Dublin Parcel Hub today, Revenue officers seized over €135,000 worth of illegal drugs and cigarettes destined for addresses in seven counties.

The drugs were discovered in a number of packets which originated in Spain, UK and the USA. The packets were declared as items such as ‘Men’s Waterproof Windbreaker’ and ‘Women Knit Shirt’ and were destined for delivery to addresses in Dublin, Mayo, Kildare and Cork.

As a result of three separate routine operations also carried out today, Revenue officers in the Dublin Parcel Hub seized over 500 grams of herbal cannabis and over 125,600 cigarettes.

The illegal drugs, with an estimated value of €10,000, were discovered with the assistance of detector dog Sam in two separate parcels which originated in the USA.

The parcels were declared as ‘Halloween Decorations’ and ‘Cereal Boxes’ and were destined for delivery to addresses in Dublin and Meath.

The cigarettes, branded ‘Winston’ and ‘Bon Slims’, have a retail value of over €87,900 representing a potential loss to the Exchequer of €70,020.

They were discovered in parcels declared as ‘Lego’, ‘Filters’ and ‘Clothing’ that had originated in Russia, Ukraine and the United Arab Emirates. The parcels were destined for addresses in Dublin, Laois and Limerick. 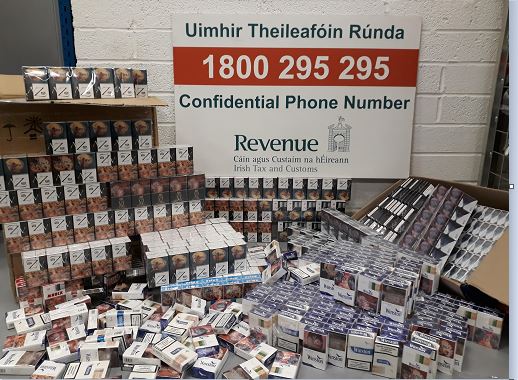 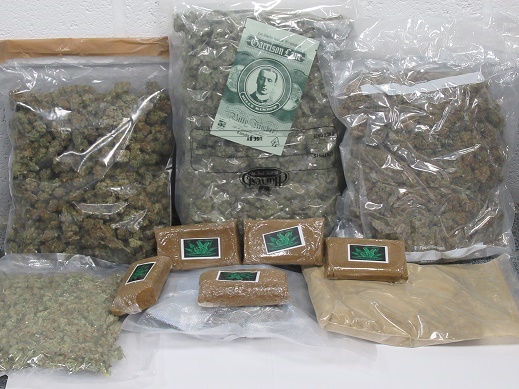 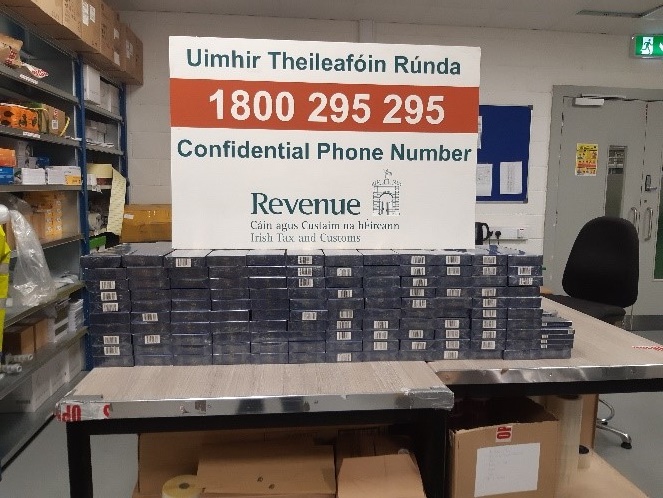 These seizures are part of Revenue’s ongoing work targeting smuggling and shadow economy activity.  If businesses, or members of the public, have any information regarding smuggling, they can contact Revenue in confidence on free-phone number 1800 295 295.