Gardaí find €60,000 of cannabis during search of Laois house 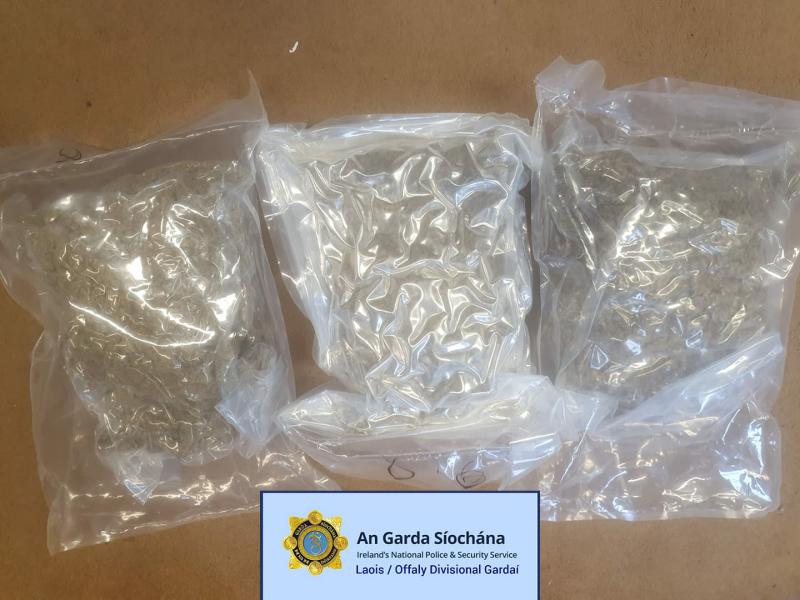 The cannabis found in Portarlington by Laois Gardaí on November 4 2020.

An estimated €60,000 worth of cannabis herb has been found by Gardaí in Laois.

The discovery was made on Wednesday evening, November 4.

Laois Gardaí have confirmed the find which is part of an intelligence led operation.

"As part of an intelligence led operation into the sale and supply of drugs in  Laois, Gardaí attached to the Laois Divisional Drug Unit conducted a search at a property in Portarlington yesterday evening, Wednesday 4th November 2020 at approximately 8pm.

"A domestic residence and a car were searched as part of the operation. Three kilogrammes of suspected cannabis herb with an estimated street value of €60,000 was seized by Gardaí. The drugs will now be sent for analysis.

They said that a man, aged in his 20s, was arrested and taken to Portlaoise Garda Station where he is currently detained under Section 2 of the Criminal Justice (Drug Trafficking) Act, 1996.

It followed two arrests and a drugs find the day before in an apartment in Portlaoise.