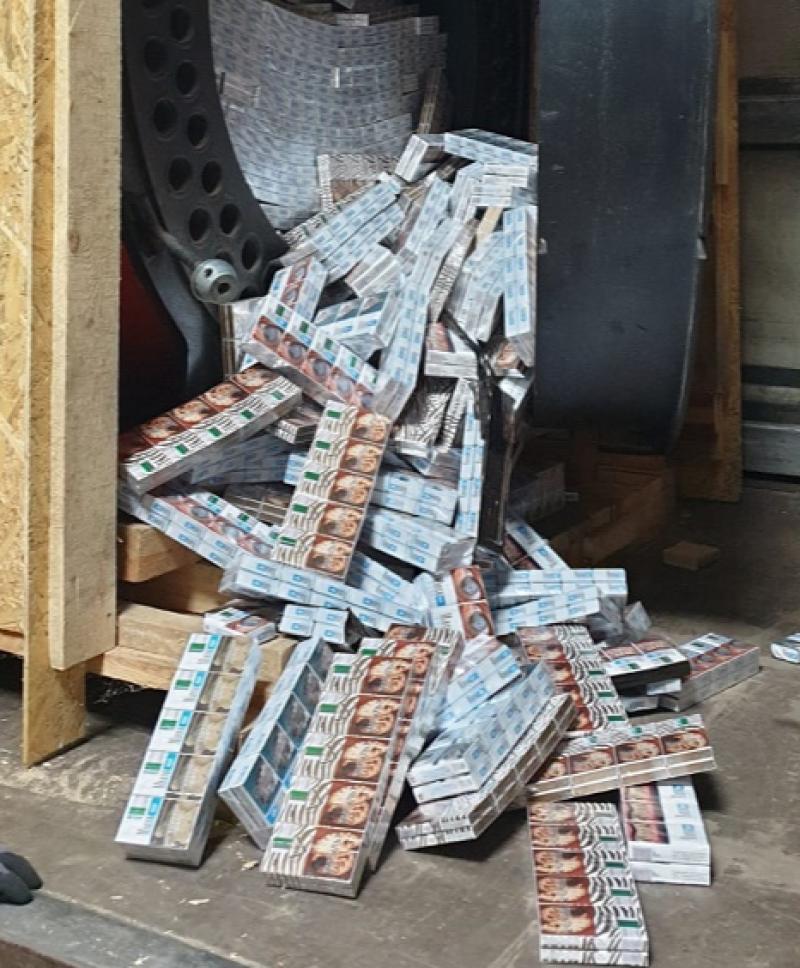 Customs officers have seized over 423,000 cigarettes that were being smuggled into Ireland via the Netherlands with the assistance of Revenue Commissioners X-Ray Scanner and detector dog Kelly,

Revenue say the smuggled cigarettes were concealed in a large industrial boiler, on a trailer that had arrived yesterday on a vessel from Rotterdam.

They say smuggled cigarettes branded ‘NZ and ‘Minsk’, have an estimated retail value of €296,000 representing a potential loss to the Exchequer of €231,859.

A Mercedes Benz Actros Tractor unit and trailer were also seized as part of this operation according to the Revenue Commissioners who police smuggling.

A Lithuanian man in his 40’s was arrested and has since appeared before a sitting of Cloverhill District Court where he was remanded in custody to appear again on Tuesday 10 November 2020.

"This seizure is part of Revenue’s ongoing operations targeting the shadow economy and the supply and sale of illegal tobacco products.

"If businesses or members of the public have any information regarding the smuggling they can contact Revenue in confidence on free phone number 1800 295 295," said a statement.