Woman sues Supermac's claiming chair she was sitting on collapsed 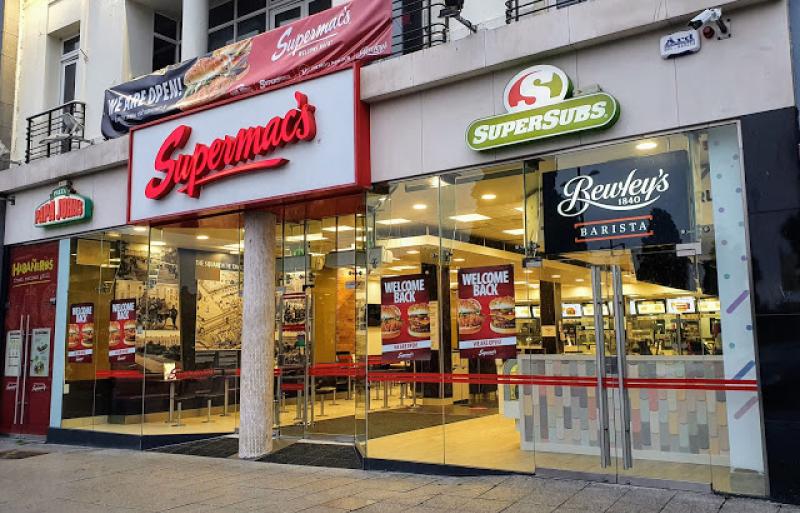 Supermac's is being sued for damages by a 55-year-old carer who claims she injured her backside and lower back after a chair she was sitting on in one of its outlets broke.

Pamela Dudgeon sued Supermac's Ireland Limited in the Circuit Court for personal injuries she claims she suffered on January 6th 2017 after a chair she was sitting on at the defendant's premises at Eyre Square, Galway broke, causing her to fall to the ground.

In a pretrial ruling at the High Court on Monday Mr Justice Anthony Barr ruled that she was not entitled to CCTV pictures of the incident in advance of the hearing of her claim.

She had sought the images, which she claims is important to her claim. Supermac's opposed the application claims she wanted to use the footage in order to mend her hand, should it be the case that the images do not support her version of events.

She claims she suffered injuries to her lower back, backside and abdominal muscles and required pain killers.
She also claims that due to ongoing pain, she finds driving for any length of time difficult and has had difficulty sleeping. Her ability to work and enjoy life have also been adversely affected she further claims.

She claims the defendant was negligent which resulted in her sustain personal injuries for which she seeks damages.

In its defence Supermac's denies the claim or that it was negligent.

While it accepts that the chair she sat on broke and was defective, it denies that she fell to the ground and suffered the injuries as alleged.
In a pretrial motion against Supermac's Ms Dudgeon's lawyers sought access to CCTV pictures of the accident.

The application, which was opposed by Supermac's, was rejected by Circuit Court Judge Raymond Groake.
That decision was appealed by Ms Dudgeon to the High Court.
At the High Court on Monday John Hogan BL for Ms Dudgeon argued the CCTV pictures were "absolutely essential" to the claim because, without explanation the chair which she fell from was not preserved.

He said his client, who had never made a claim before, was prejudiced as her experts could not examine the "defective" chair.

In reply James O'Donnell Bl for Supermac's said while his client accepted that the chair broke, it is disputed that she fell to the ground as alleged.

The unavailability of the broken chair was irrelevant to the claim against Supermac's, counsel said adding that it was a bit of "a red herring."
The reason that Ms Dudgeon's lawyers wanted the CCTV was so she could "mend her hand" and to potentially make a new claim against his client.
This is something that she is not entitled to use the discovery process to do, counsel said.
In his ruling Mr Justice Barr said he was satisfied the defendant did not have to provide the CCTV images of what happened to Ms Dudgeon on the relevant time and date in the outlet to the plaintiff.

Upholding the lower court's ruling the Judge said he was satisfied she did not require the CCTV pictures in order to progress her claim.

This was because, the judge said, Supermac's had made a significant admission that the chair broke and was defective.
While the defendant had made this admission, the Judge accepted that the causation of the accident and quantum remain very much in dispute between the parties.