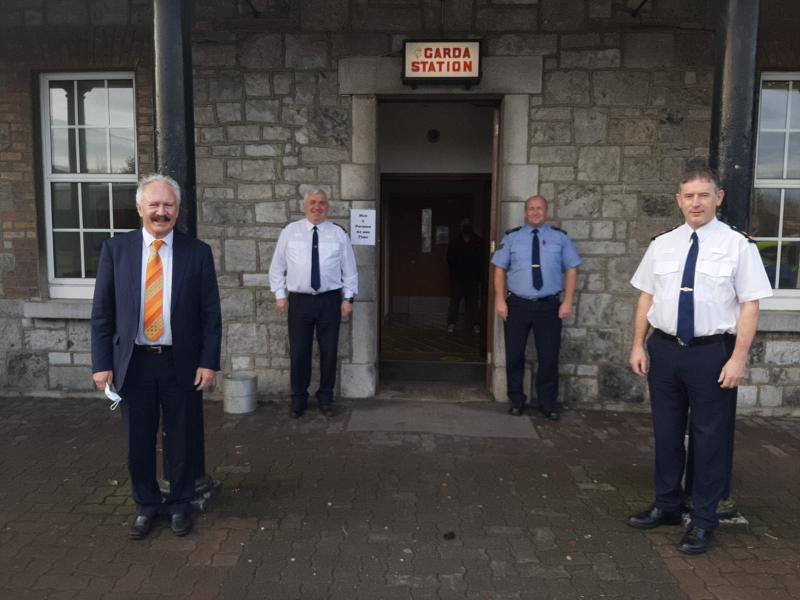 Laois has a new garda superintendent while policing in Portlaoise has received a boost with confirmation that the town now has a dedicated Community Policing Unit which includes a garda who is originally from Poland.

Chief Supt Scanlan introduced Garda Sergeant Jason Hughes to the meeting who will lead the team. He also outlined the background and aim of the unit.

“We have been talking about a community policing unit in Portlaoise for a long time but we didn’t have the resources to allow it,” he said.

The meeting was told that there will be six gardaí in the new unit which will be fully operational at the start of December.

He said the team will add to existing resources and, while based in the town, there will be some outreach work.

“One of those gardaí is a member of the Polish community who has been living in Portlaoise for a number of years. She will provide a service that is very necessary,” he said.

Chief Supt Scanlan urged the committee to engage with the new unit. He also suggested a sub-committee be formed to deal with policing matters specific to Portlaoise.

Meanwhile, Garda Superintendent John Lawless is the new head of policing for Laois. He takes over from Superintendent Tony Pettit who has transferred to Waterford.

Garda Supt Lawless was transferred to Portlaoise Garda District after being assigned to Birr Garda District in July this year following promotion. He was previously attached to the Westmeath division.

Councillors and other representatives of the public on the JPC congratulated Supt Lawless and Sgt Hughes and wished them well in their roles. They welcomed the new community unit.

There was almost unanimous praise for the outgoing superintendent for Portlaoise and Laois Tony Pettit. Chief Supt Scanlan thanked and joined councillors in their words of thanks for Garda Supt Pettit. He said Supt Pettit had not sought a transfer 'gave us his all' during his time in Laois.

Chief Supt Scanlan said he had 'huge confidence' in the ability of Supt Lawless in the role.