Man arrested after €165,000 worth of drugs seized and phones discovered at jail 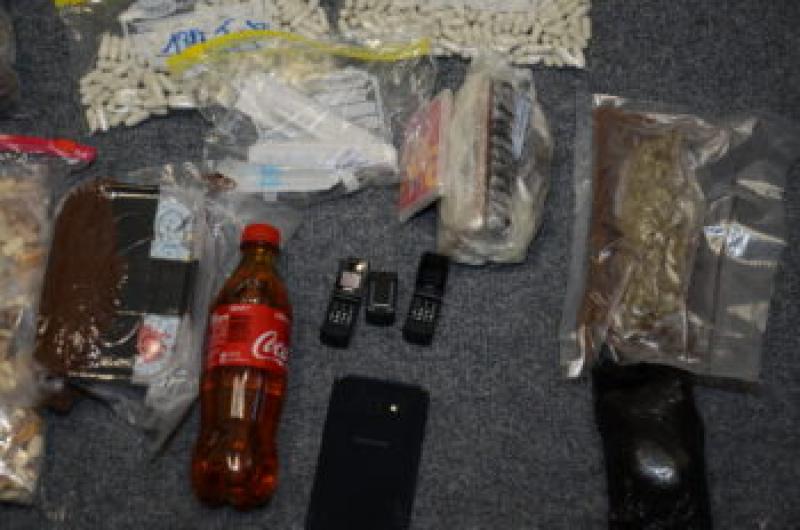 Gardaí say they arrested a man in his 40s following in connection with the seizure of €165,000 worth of drugs at Mountjoy Prison in Dublin.

The detention on Tuesday, November 17 involved an operation involving Gardaí assisted the Irish Prison Service. Gardaí say cocaine with an estimated value of €140,000, tablets believed to be worth up to €20,000 and €5,000 in suspected cannabis herb were discovered. All values are pending analysis.

A statement added that a small quantity of steroids and alcohol along with 30 mobiles phones and accompanying sim cards were also seized.

Gardaí say they are continuing to liaise with the Irish Prison Service and further analysis of the items seized will be carried out.

The arrested man was taken to Mountjoy Garda Station where he remains detained under Section 4 of the Criminal Justice Act 1984.