Garda update on huge drugs and contraband seizure at prison 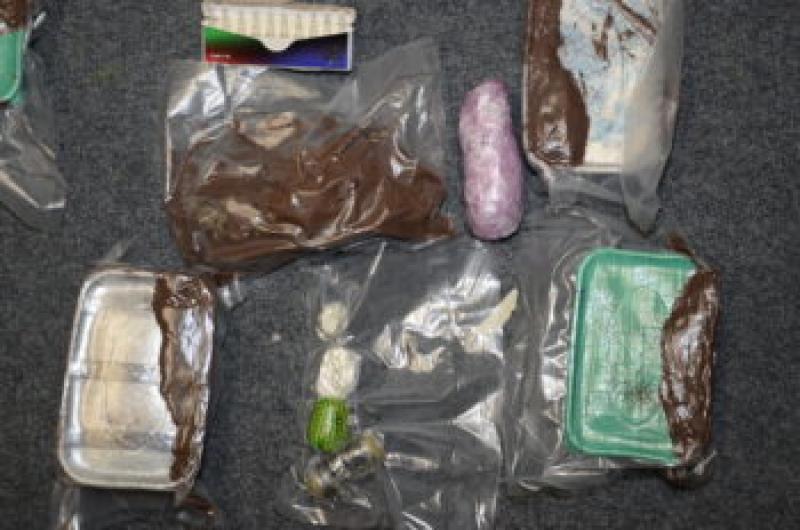 Some of the drugs seized

Gardaí have released a man arrested after a substantial amount of contraband was seized on its way into Mountjoy jail.

In an update to the investigation, Gardaí said the man, aged in his 40s was arrested in connection with a seizure of suspected drugs and electronic devices at Mountjoy Prison yesterday, Tuesday 17th November 2020. They say he was also released without charge.

However, they say a file will now be prepared for the Director of Public Prosecutions in relation to this matter.

Gardaí add that the investigation is ongoing.

More than €150,000 worth of drugs were seized along with phones and other contraband like whiskey and steroids.