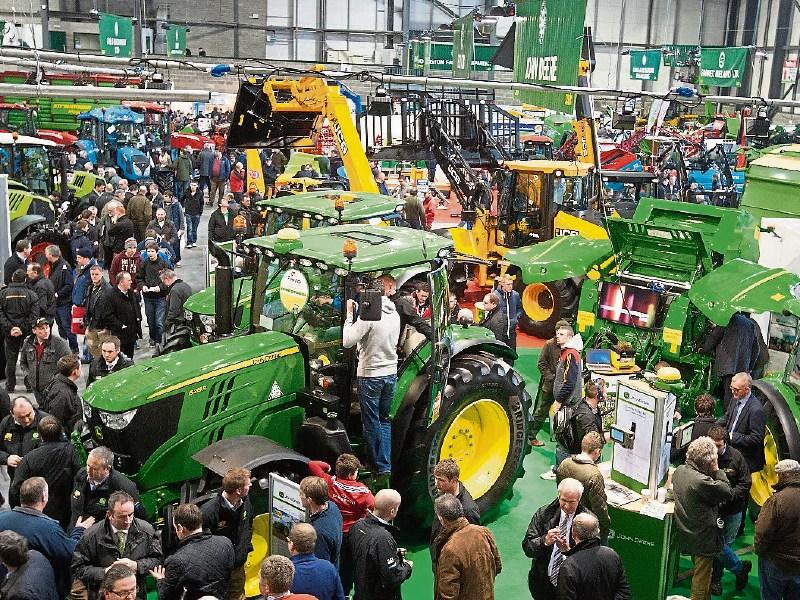 A man who assaulted a steward at Tullamore Show was ordered to pay compensation to the victim when he appeared at this week's sitting of the district court.

Three witnesses for the prosecution gave evidence in the case of Declan Flanagan, Clonanny, Portarlington, who was convicted of assault and careless driving.

First in the witness stand was Brian Flynn who was volunteering as a steward at Tullamore Show on August 11, 2019.

He said he was at the exit of the car park where he was managing a high volume of traffic. He said most cars were leaving the grounds at that stage and there were three lanes of traffic, two leaving the green car park at the show site and one entering.

Mr Flynn said he noticed a car skipping the queue on the way out and when he saw what was happening he stood in front of the car and signalled the driver Declan Flanagan to stop.

However, Mr Flanagan continued to drive towards him pushing him back, he said.

Mr Flynn put his two hands on the bumper of the car and told Mr Flanagan that if everyone follows the system then everyone will get out.

He said his concern was that if Mr Flanagan drove out onto the road it would cause an accident.

Mr Flanagan then got out of the car, he said.

Meanwhile fellow steward Alan Heffernan observed what was happening and came over, but Brian Flynn said Mr Flanagan ran towards him hitting him in the chest with his two hands knocking him to the ground and back 6 to 8 ft across the road.

In his evidence, Alan Heffernan said he was shocked after being knocked down. ''I knew he had lost control'' he said.

Mr Heffernan said he got the shakes afterwards and he couldn't believe what had happened. He said he was shook for a few hours after.

Judge Catherine Staines asked if there had been any issues with other drivers, but Mr Heffernan said most people said 'fair dues to you lads.''

Michael Corcoran who was another steward on the day said he saw a car ''bullying'' its way through. He said he witnessed Brian Flynn trying to get the car to stop.

He witnessed the defendant getting out of his car and striking Alan Heffernan who fell to the ground.

He also said if Mr Flanagan hadn't been stopped he would have caused an accident.

In his evidence Declan Flanagan denied that he had been rushing to get out. He said there didn't seem to be a system in place.

He said he came right up to the mud mats and maintained that spaces in the line of traffic became available three times.

He said two stewards began banging on his car. He got out of his car and saw Alan Heffernan coming towards the car with his arms outstretched and he pushed him as he seemed agitated.

''I pushed him but he was going to push me,'' he said. He said he felt intimidated and couldn't understand why they had stopped him when a space had become available.

Judge Staines asked him why he didn't get back into the car but he said he wanted to ask them why they were stopping him.

He also said they were sitting on the bonnet of his car and making derogatory remarks about him and he said ''ah lads what are ye at?'' The three witnesses said this didn't happen.

Mr Flanagan also denied driving towards Brian Flynn he said he had turned around to talk to the kids and the car moved forward but he immediately stepped on the brakes.

Judge Staines said she had listened to the evidence. She said it was the Tullamore Show and there were thousands of cars going home.

She said the three witnesses were all volunteers and not getting paid for their time. She said she was satisfied that Mr Flanagan had been impatient and tried to skip the queue. He had accepted he moved forward.

She said she found Alan Heffernan's evidence to be totally credible. She said Mr Flanagan had shown no remorse and had accused the witnesses of lying.

Solicitor Philip Meagher described his client as a 49 year old man with 5 children and a dedicated family man.

Judge Staines asked the witnesses if they had any expenses for their day in court but they said no. She said they were being very fair.

She instructed Mr Flanagan to pay €300 compensation to Alan Heffernan along with a letter of apology. However, Mr Heffernan said the money could go toward s Offaly Hospice.

On the summons of careless driving Judge Staines fined Mr Flanagan €100 and disqualified him from driving for three months.