Smile, you're on camera - first urban community CCTV scheme up in Laois 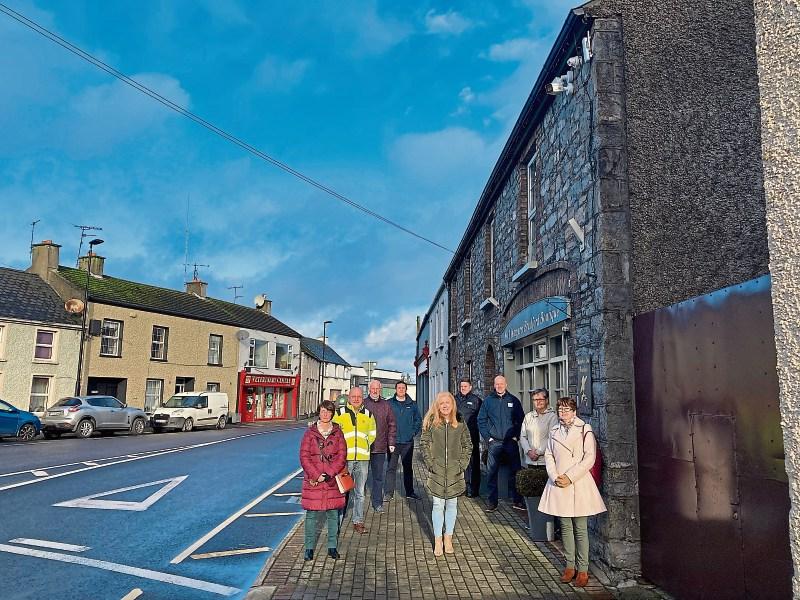 The team behind Mountmellick CCTV system, including Neighbourhood Watch members, Laois County Council and the Gardai.

The first community CCTV scheme in a big town in Laois is up and ready to roll cameras.

After five years of waiting, filling out countless forms, raising local funds and yet more waiting, Mountmellick's Neighbourhood Watch group has succeeded in erecting their cameras.

The town is getting 32 cameras that will serve as watchful eyes on every approach road, on roundabouts and the MDA centre, both as a crime deterrant and to gather evidence in investigations.

Already five sets are up and by the end of January all will be installed, recording footage that can only be viewed by senior Gardaí for crime investigations.

The local community had donated €19,500 towards fundraisers for the cameras and another €36,000 was announced in a Department of Justice grant a year ago.

Funding was finally released last October for the scheme through the Department of Justice.

Cllr Paddy Bracken recently updated the Laois Joint Policing Committee (JPC) of which he is a member.

“We have the funding lodged in our account and we have some of the cameras up. I would like to thank everybody involved. It is great to see that it has advanced to this stage,” he said.

The Mountmellick group has been working on the project since 2017.

The project was delayed due to problems with privacy and data security and retention. These were resolved when Laois County Council agreed to become the data controller after a Laois CCTV Federation was formed.

The group has permission for 48 cameras in total.

The first cameras will be switched on by the end of November with a second set due to be operational before Christmas.

There no final cost as yet because the cost went up during the delay, while extra costs such as insurance and poles for some cameras are yet to be finalised.

Below: looking up at a new pair of cameras on the Tullamore road are Mountmellick CCTV coordinator Barbara Lalor, Cllr Paddy Bracken, and Mountmellick Garda Sgt Mick O'Connell. 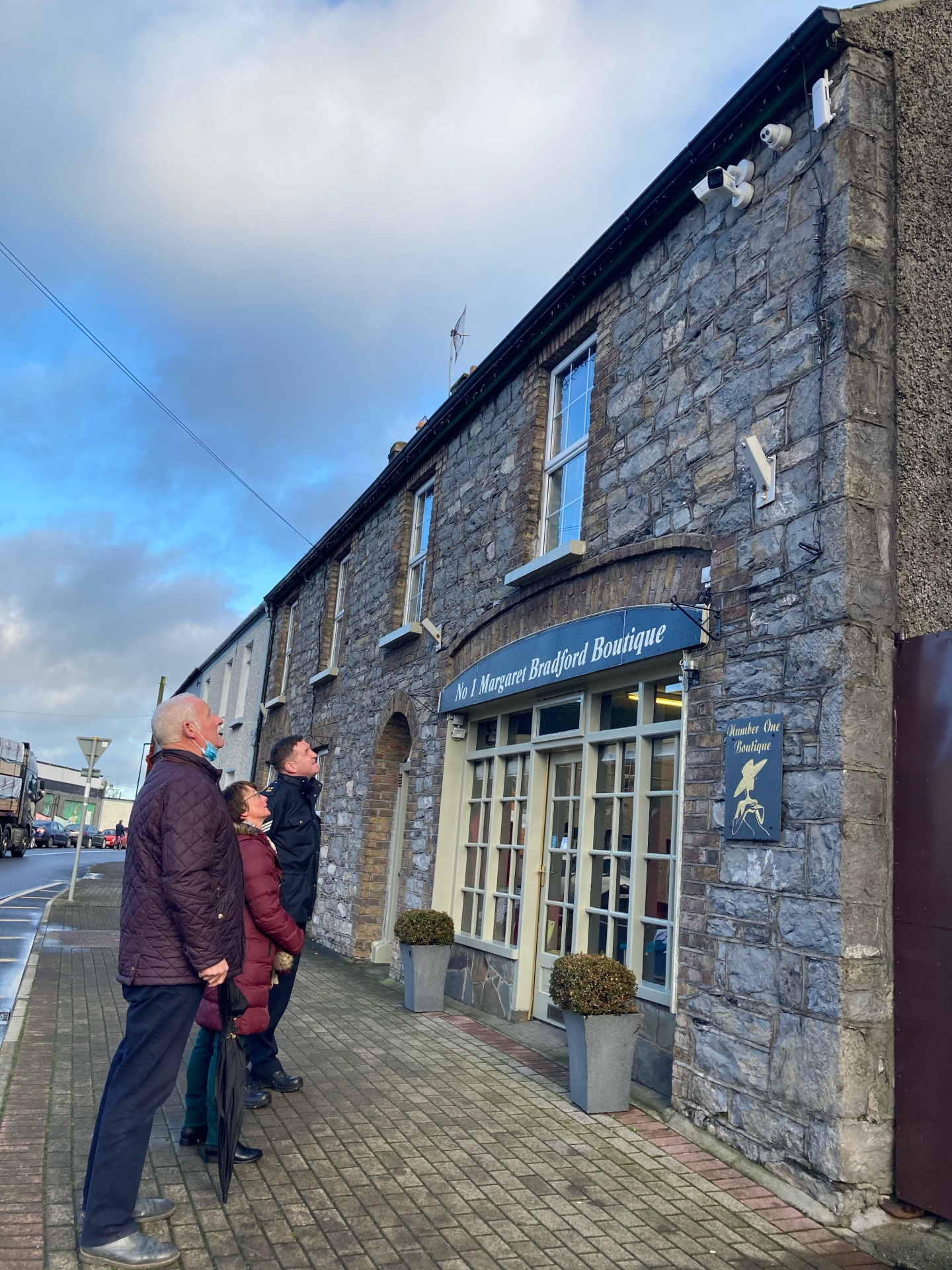 He praised the organising committee’s secretary Barbara Lalor for her tremendous work.

Padraig Fleming, Laois JPC vice-chairman, welcomed the development for Mountmellick but also because other groups in Laois now have a template to set up their CCTV schemes.

“That is fantastic news. An awful lot of work has been put in. It is the vehicle now that all other groups will follow,” he said.

Annette Chambers is a resident of Emmett Terrace and a member of the Neighbourhood Watch group.

"It is great. We are waiting so many years, it helps the Gardaí as well. It might stop anti-social behaviour hopefully but if it happens they have something to look back on," she said.

"It will be a benefit to the town to curb crime and anti-social behaviour," he said.

Barbara Lalor, coordinator is glad the cameras are finally up.

"I am just grateful to everyone who supported us all down the line, and I am happy they are up today," she said.

The five sets up so far are all on existing buildings, the easiest method. The cameras requiring poles will be done last because the poles have not yet been purchased.

James Walshe is from ACI Security who have the contract to put up and maintain the cameras.

“They are high definition cameras that will be detailed enough to show registration plate numbers,” he said.

A scheme in Donaghmore is due to follow next month. This will be followed by Woodenbridge, Borris-in-Ossory and Ratheniska. All are under a new umbrella group called Laois Community CCTV) Federation.