Dunnes may bring another case listing the sale of individual products 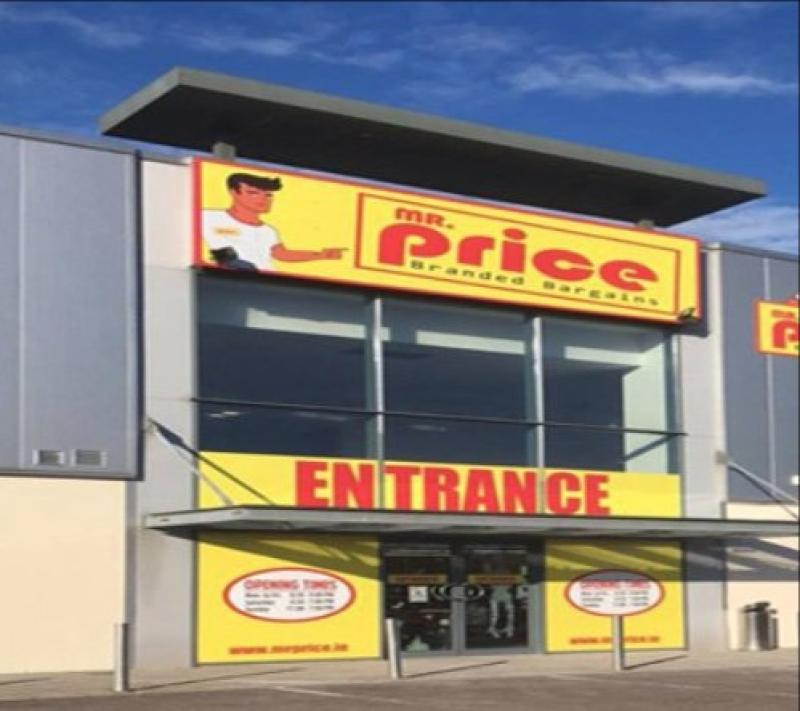 Dunnes Stores has secured a High Court injunction preventing a rival retailer from continuing to sell food products, but not groceries from a unit at a retail park pending the outcome of the full hearing.

In a judgement on Thursday Mr Justice Senan Allen said that he was satisfied to grant the injunction preventing Mr Price from selling any food products from its outlet at the Barrow Valley Retail Park in Graiguecullen on the Laois Carlow border.

However, the judge was not satisfied to make an order preventing an outlet trading under the 'Mr Price' brand from selling any product that could be defined as a 'grocery' from the store.

This was because there was uncertainty over what products could be legally defined as 'groceries' and the orders sought did not state what products Dunnes claims Mr Price cannot sell in its store.

Seeking the injunction Dunnes Stores claimed the sale of food products and groceries, from a Mr Price store next door to one of its outlets, breaches a restrictive covenant contained in lease agreements for units at the retail Park located off the Sleaty Road.

The applicants, represented by Martin Hayden SC, claimed that earlier this year Dafora acquired the leasehold for a unit in the park.

Dafora then allowed Corajio trade from the unit under the business name 'Mr Price Branded Bargains.' which commenced trading from the park in October.

It was claimed that Dunnes entered, as part of an arrangement to be the park's anchor tenant, into lease agreements with the retail park's former owners.

Those lease agreements contained a restrictive covenant preventing any other unit in park from being used as a supermarket, grocery, or discount food outlet.

It was claimed that in breach of that covenant Mr Price commenced selling a variety of food and food products, and groceries from its unit in the park.

The defendants opposed the injunction application, and that the orders sought should not be granted.

Rossa Fanning SC said his client had in advance of the hearing his clients had offered undertakings in similar terms to the orders sought and had ceased selling food products from its store pending the outcome of the action.

Counsel also claimed that the term grocery was too vague and unenforceable.

In his ruling, the judge accepted that in relation to the food products the applicants had raised a fair issue to be tried, that damages would not be an adequate remedy for Dunnes and that the balance of convenience favoured the granting of the injunction.

For clarity's sake the judge said that this also included items including confectionery, and bottled water.

He said that during the court of the hearing both sides had tendered expert evidence in relation to what products should be classified as being groceries.

It was unclear legally what could be defined as groceries given the changing nature of what supermarkets offer for sale.

No individual item or range of products had been identified by the plaintiffs in their action as something that could not be sold at the particular Mr Price store.

If the court granted the order sought by the plaintiffs, it would not know what it could or could not sell from the retail park, which the judge said would be unfair.

In those circumstances the court was not prepared to grant an injunction prohibiting Mr Price from selling groceries from the retail park.

The Judge said that as neither side had been "entirely successful" he was making the legal costs of the injunction proceedings costs in the cause, which means that whichever party wins the full action will get their legal costs paid by the losing side.

Following the court's decision Mr Hayden, said his side would seek an early hearing of the full trial of the action.

Counsel also indicated that Dunnes may bring another motion where it would list the individual products it claims should not be sold by Mr Price as groceries.

In reply, the Judge said that the courts generally do not wish to revisit matters already ruled on, but added that Dunnes are entitled to bring such a motion if it wished to.

The matter will return before the court in January.