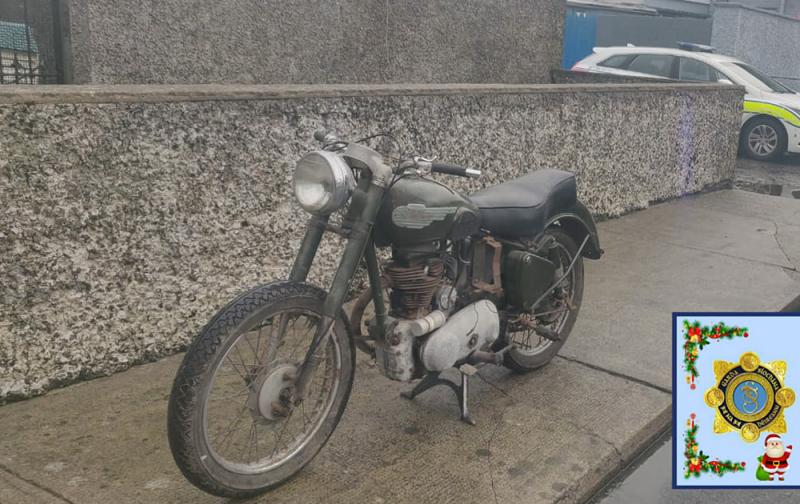 A classic Enfield motorbike that was stolen in Laois has been recovered in Portlaoise after massive response to a garda appeal for help.

Laois Offaly Kildare Divisional Gardaí have reported the bike was recovered on Wednesday, December 16. Gardaí issued an appeal on social media on December 11 soon after the theft in Rosenallis in the Slieve Blooms.

"Well well well. Your good work sharing our post regarding the motorcycle stolen in Rosenallis has resulted in its recovery today after searches. Enquiries are continuing to identify those involved and we would continue to ask for your assistance in that regard," said the Laois Offaly Facebook Page.

Mountmellick Gardaí oversaw the investigation into a burglary during the course of which the rare 1950s Royal Enfield Clipper was stolen.

Gardaí in the Laois HQ said confirmed the bike was recovered in Portlaoise during searches. An individual is helping gardaí with their enquires and at least one arrest was made.