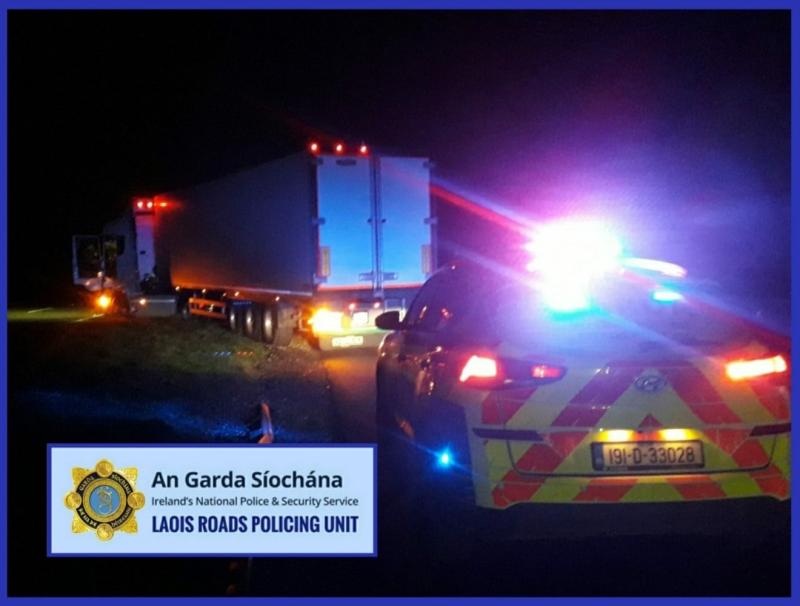 An incredibly unwise decision by a truck driver on the motorway in Laois resulted in him getting completely stuck yesterday.

Laois Offaly Garda District described what happened when the driver missed his turn on the M7, and decided to drive across the grass embankment, on Tuesday night December 29.

"Laois Roads Policing Unit on duty tonight had to assist with the recovery of a HGV which missed its turn off on the M7 and then unwisely attempted to drive across a grass embankment to rejoin the M8 which resulted in the vehicle becoming lodged and immobilised," they said.

It will result in legal proceedings and a cost.

"Proceedings commenced against the driver in this case and recovery costs charged to the company," the Gardaí said.