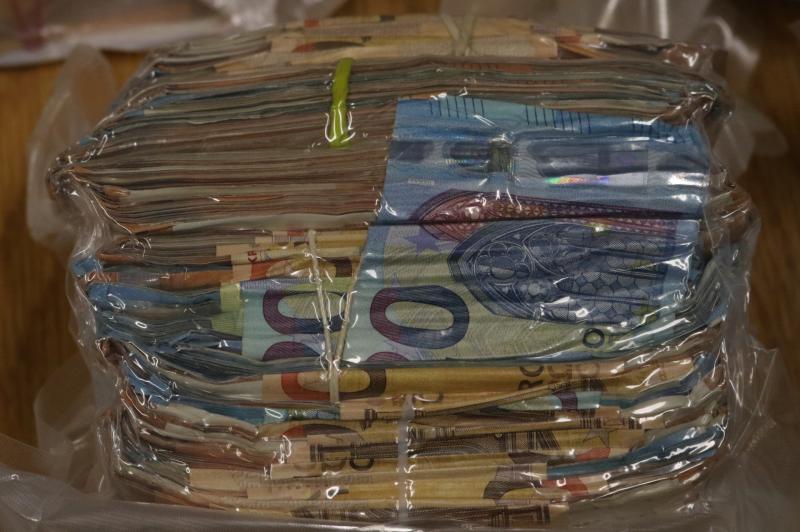 One of the cash bundles seized by gardaí

A man is in custody at Portlaoise Garda Station after the seizure of over a €1 million in cash in a van which was stopped on the Cork Dublin Limerick M7 motorway in Kildare.

Officers from the Drugs and Organised Crime Bureau stopped a van on the M7 at around 6 am on Friday morning, January 7.

Apart from the €1 million in cash another €10,000 in cash in a follow-up search in the midlands as part of ongoing investigations targeting persons suspected to be involved in organised crime,

The driver is said to form Lithuania. Gardaí say the 45-year-old was arrested on suspicion of involvement in a criminal organisation, to facilitate money laundering, relating to the suspected proceeds of drug trafficking pursuant to the provisions of section 72 of Criminal Justice Act, 1996.

He is being detained at the Laois Offaly Kildare Garda Divisional HQ in Portlaoise under anti-gang legislation. He can be questioned for up to seven days. 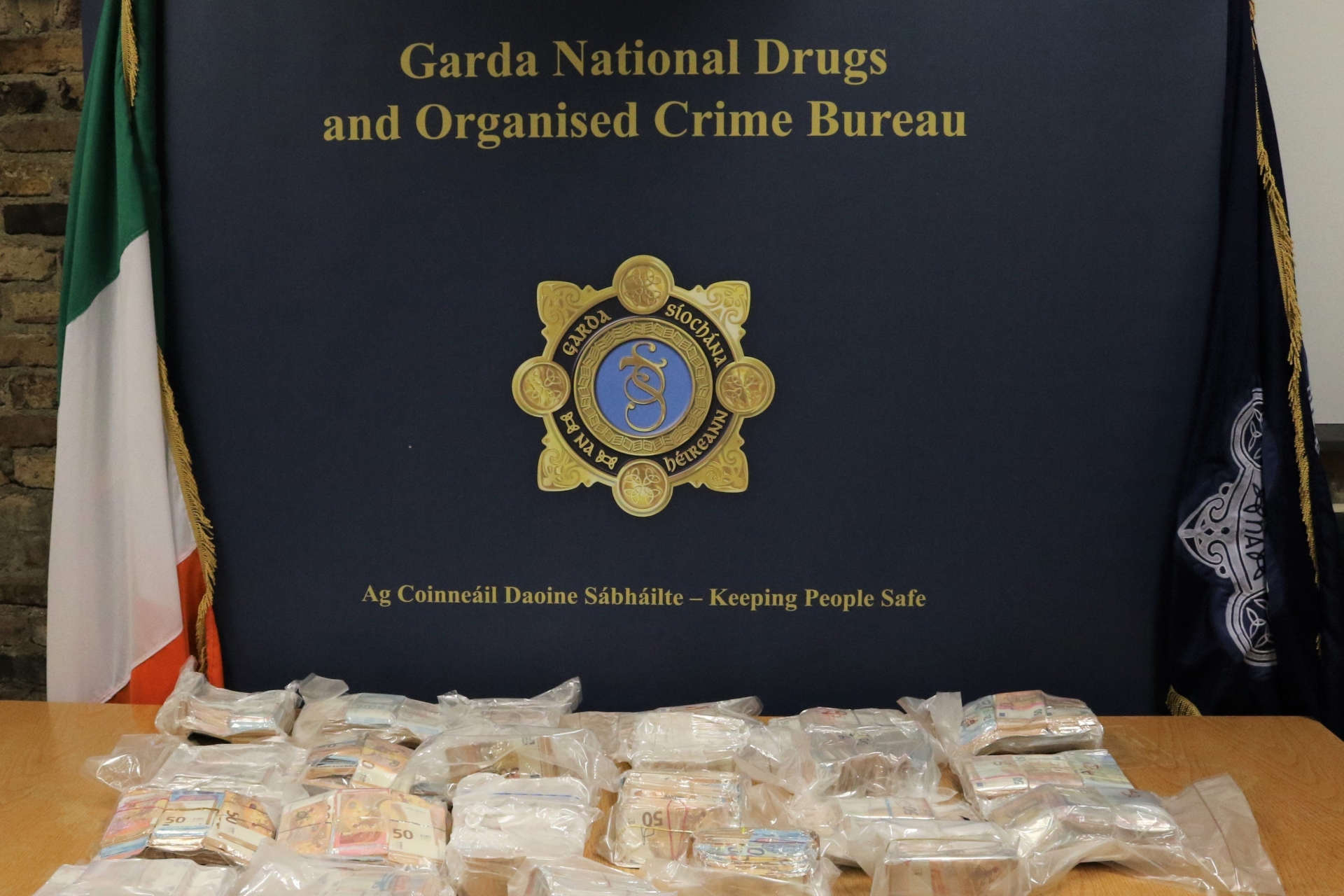 "An Garda Síochána continues to pursue organised crime groups who are believed to involved in supplying illicit drugs within our communities, the motivation for which is financial gain.  We again today have made a significant advance in our attempt to dismantle organised crime groups, by locating and seizing the suspected proceeds of their criminal activity.

"Despite our significant commitment to tackling issues associated with the COVID-19 pandemic, at this time, An Garda Síochána remains focused on protecting communities from serious and organised crime, including  cyber-enabled crime, drug trafficking and associated money laundering,” he said.

Cash in excess of €1m has been seized by personnel from Garda National Drugs and Organised Crime Bureau (GNDOCB) during an operation in Co Kildare on 8th January 2021. One man has been arrested. For more see -https://t.co/MwcjYeEYDJ pic.twitter.com/V7SXzeUJ6I