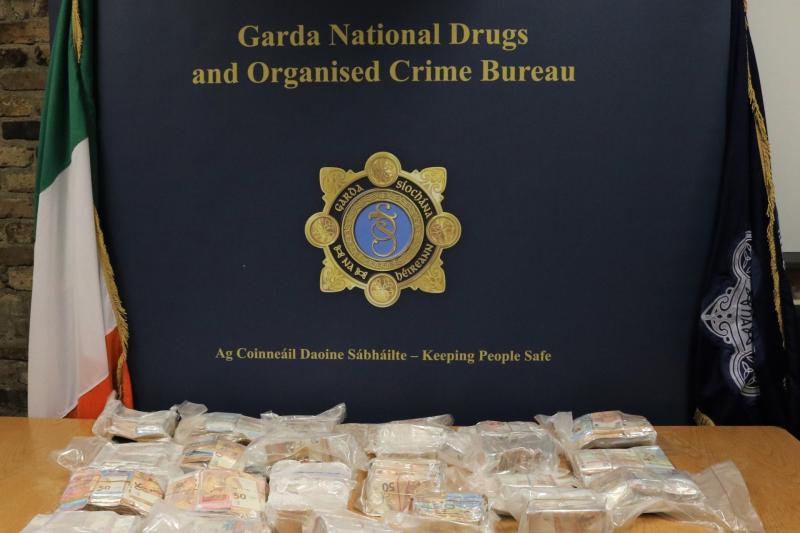 A man with an address on the Louth Armagh border has been charged with money laundering offences following the seizure of more than €1 million in cash on the M7 motorway last week.

The accused, aged 45, was remanded in custody on a money laundering charge under the Criminal Justice (Money Laundering and Terrorist Financing) Act. The accused is due to appear before Cloverhill District Court on Tuesday, January 12.

The court appearance took place over the weekend after Gardaí reported that a man was taken into custody at Portlaoise Garda Station after the seizure of over a €1 million in cash in a van which was stopped on the Cork Dublin Limerick M7 motorway in Kildare.

Officers from the Garda Drugs and Organised Crime Bureau stopped the van at around 6 am on Friday morning, January 7.

Gardaí said a further €10,000 in cash was seized in a follow-up search in the midlands as part of ongoing investigations into organised crime.

A man who is said to be from Lithuania, was arrested on suspicion of involvement in a criminal organisation, to facilitate money laundering, relating to the suspected proceeds of drug trafficking pursuant to the provisions of section 72 of Criminal Justice Act, 1996.

He was detained at the Laois, Offaly, Kildare Garda Divisional HQ in Portlaoise under anti-gang legislation which allowed questioning for up to seven days.