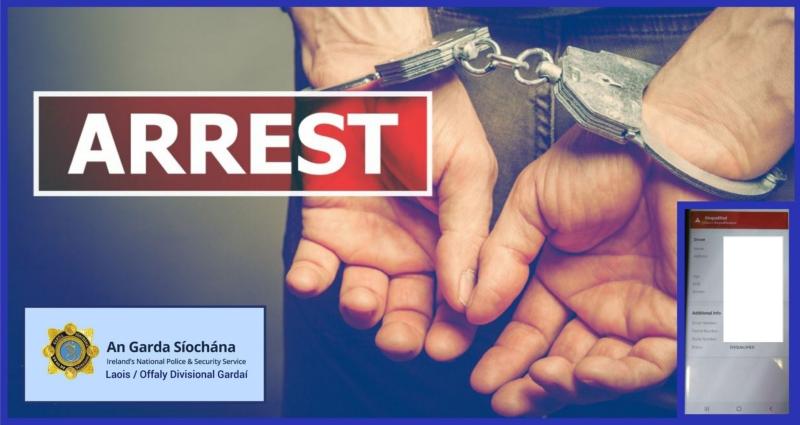 A suspected drunk driver was arrested by Portlaoise Gardaí last night after they discovered the driver's errant driving history using a Garda app.

They say that the incident happened overnight when the driver was stopped on suspicion of drunk driving.

By checking their Garda Mobility phone app, they found that the driver was also disqualified from driving and there were warrants out for the person's arrest to appear in court on other matters.

The driver was arrested and placed in custody to appear before Portlaoise District Court this week.

"Overnight Portlaoise District Gardaí arrested a driver on suspicion of Drunk Driving. Further enquiries on the Garda Mobility App discovered the driver to be Disqualified and they also had a number of outstanding warrants. Driver Charged and held in custody to appear before Portlaoise District Court," the district said.

They remind the public to "ArriveAlive" and never drive under the influence.

The Garda Mobility App was launched in 2019, so Gardaí at the roadside can use their phones to instantly check driver and vehicle histories and process fixed fines.