Christmas dumping: Rise in offences due to holidays 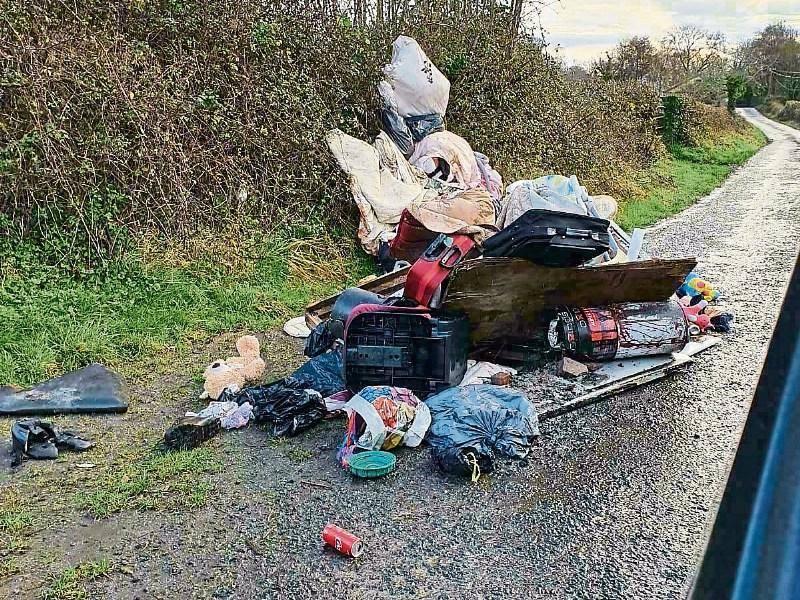 The rubbish dumped on a rural road in Springhill, Killeshin, Laois

A big pile of household waste was dumped across a rural road near a bad bend in Laois before Christmas, causing danger for drivers.

The waste included items that could have been donated to charity or recycled such as suitcases, a high chair and clothes.

Evidence of the owner's identity was found among the rubbish and a fine was issued.

It has not yet been paid, the Environment section of Laois County Council has confirmed.

They said that a complaint was logged on December 17.

“It was on a country road, near a bad corner near Springhill Killeshin. Evidence was found and a fine was issued to the offender. The fine hasn’t been paid to date,” a spokesperson said.

If the fine remains unpaid after a reminder letter, the council can take the dumper to court.

There was a “marked increase” of dumped rubbish collected recently.

“This possibly is as a result of the holiday period,” the Environment staff reported to the January council meeting.

Meanwhile 61 abandoned cars are among the 1,107 environmental complaints made in Laois in 2020.

Over half of them, 570, were about waste enforcement. Almost a quarter, 248, were about litter.

There were 88 made about bottle banks, 48 about air quality, 49 about water, 25 about noise and 24 on veterinary matters.

Two fines were issued over breaches to the bye-law on Management (Storage, Presentation and Segregation of Household and commercial Waste) 2018.