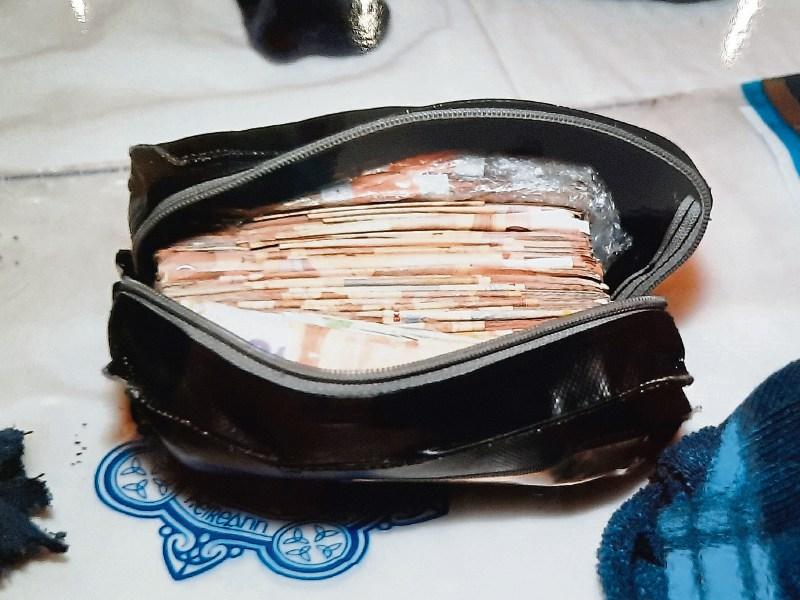 GARDAI have been ordered to return more than €70,000 in cash which was seized at the home of a businessman in Limerick city more than 18 months ago.

Most of the cash was found in knotted socks which were located in a small safe during searches at the home of Martin Duggan in Moyross on September 30, 2019.

The safe also contained a variety of financial and business documents as well as bank cards and a birth certificate.

The 49-year-old operates a successful coal distribution business in the city and objected to an application by the State to have the money forfeited under Section 39 of the Criminal Justice Act, 1994.

Nine witnesses gave evidence during a hearing, which took place over a number of days earlier this year.

Garda Sinead Galvin, a member of search team, said the safe, which was found in a wardrobe in an upstairs bedroom, was locked but that Mr Duggan opened it when he arrived at the house having been contacted by gardai.

She said she decided to formally seized the money as she believed it was suspicious.

“I’ve never seen money concealed like that in my career,” she said adding that some of the money was wrapped in cling film before being placed in a washbag.

Judge Tom O’Donnell was told the money was initially detained to allow further investigations to take place and that a file was subsequently prepared for the Director of Prosecutions.

Mr Duggan was arrested and questioned as part of the criminal  investigation and a bank account and credit union account in his name were frozen by gardai for a number of weeks.

Detective Sergeant John Cleary said a decision was taken in March of last year to apply to have the money forfeited after the DPP directed that no criminal prosecution should be brought.

He said the application related to the €70,000 which was found in the safe and the almost €3,000 which was seized from Mr Duggan when he was arrested.

He said gardai are of the view the money is the proceeds of crime and that Mr Duggan’s explanations as to where it had come from “didn’t add up”.

Detective Garda James Hourihane said he had concerns given the “volume of the money and the manner it was stored”.

He accepted Mr Duggan is a “hard working man” and that he has been operating fuel-distribution business for the past decade.

However, he said he did not accept the explanation put forward by Mr Duggan who said some of the money was associated with his business while further amounts were related to the sale of a number of vehicles.

“I believe the money to be the proceeds of criminal conduct,” said Detective Garda Hourihane.

During the hearing a senior official with the Revenue Commissioners confirmed Mr Duggan is registered for tax purposes and that he has filed returns every year, as required.

He also confirmed that he has never been audited and that no Statement of Affairs had ever been requested from him.

Sergeant Kieran Crowley gave evidence that he carried out a search of the same house in March 2012 and found almost €20,000 in cash in the same safe.

He said Mr Duggan was questioned about the money and he confirmed it was not seized as he was satisfied as to it origins.

In his closing submission, Barrister Brian McInerney, instructed by solicitor Sarah Ryan, said there was an obligation on the State to prove its case and that suspicion alone was not proof.

He said the coal-delivery business is primarily a cash businesses and he said it was “not credible” for gardai to insist that not even a fiver” of the money seized was related to Mr Duggan’s business.

“It’s not an offence to have money in a safe,” he said submitting that Mr Duggan has worked from the age of 16, has no pension and that it is possible for him to have accumulated the money over a number of years.

He said there is no lavish lifestyle suggesting his client is involved in criminality.

Referring to suggestions by Mr McInerney that gardai  had “engaged in forum shopping” by making separate applications before two different judges in the district court, Judge O’Donnell said he was satisfied there was “no deliberate attempt” to mislead the judges.

Summarising the evidence, he commented that the State case was “replete with suspicion” adding that “suspicion alone is not proof”.

Having considered the evidence and the legal submissions in the case, the judge said he was “not satisfied” the State had reached the necessary burden of proof.

He refused the application and directed that the monies be returned to the respondent.

On Monday he was told the issue of costs has been agreed.