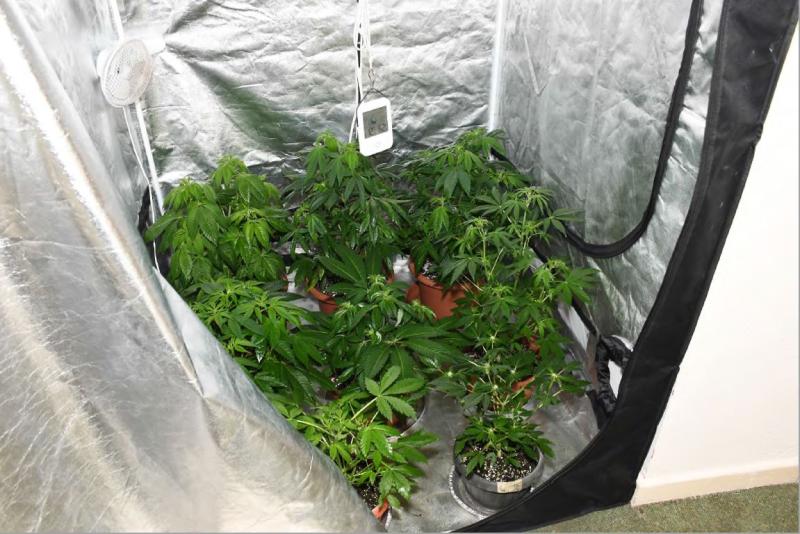 Gardaí say they have seized an estimated €29,800 in cannabis herb, €3,000 in cocaine and arrested three men, following searches at two residences in the Roscrea.

A garda statement said the Tipperary Divisional Drugs Unit assisted by Gardaí from Roscrea, Nenagh and Templemore carried out the searches on Saturday, February 13 2021.

The first search began at approximately 4pm. Cannabis herb valued at €20,000 (pending analysis) was seized along with €3,000 in Cocaine.

Gardaí say two men, both aged in their 20s, were arrested at the scene. They were taken to Nenagh Garda station where they were detained under Section 2 of The Criminal Justice (Drug Trafficking Act) 1996.

Both men have since been charged and are due to appear before Limerick District Court, 15th February 2021.

Shortly after the first search, Gardaí said a follow-up search was conducted at a nearby residence. This led Gardaí to the discovery of a grow house. A number of Cannabis herb plants, along with other drug paraphernalia were seized at the property. The plants have an estimated worth of €9,800.

A 45 year-old man was arrested following this second search. He remains detained under Section 2 of The Criminal Justice Act 1996.