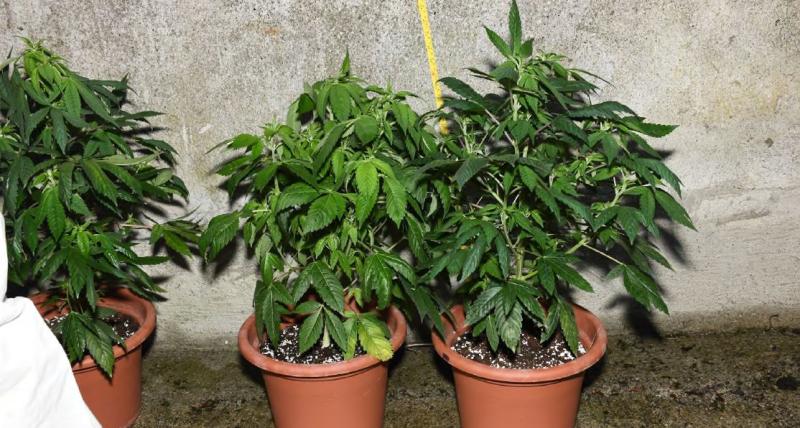 Plants being grown in Roscrea seized at the weekend

Gardaí seized more than €100,000 worth of cannabis herb in Portlaoise on Monday as part of an intelligence-led operation in what has been a busy few days in the battle against drugs crim in Laois and neighbouring counties.

Two individuals, not Irish, were detained during the operation.

The operation followed significant seizures in neighbouring Kildare and Tipperary in recent days.

Two men charged in connection with an alleged €8.2m drugs find in Straffan and Kill appeared before a special court sitting on Saturday, February 13.

Each was refused bail by Judge Desmond Zaidan at a Naas District Court hearing.

Eric Lawlor, 46, whose address was given as Baybush House, Baybush, Maynooth faces allegations of possessing cannabis and cocaine for the purposes of sale or supply and with a breach of the Money Laundering and Terrorist Financing Act at Cypress House, Baybush, Straffan, on February 11.

Eugene Mulligan, 49, whose address was given as Hillside Cottage, Carrigans Upper, Ballymote, Co Sligo, faces an allegation of possessing cannabis for the purpose of sale or supply at Kill Hill, Kill, on February 11.

Garda Donal Donoghue told the court that following an intelligence-led operation by the Garda National Drugs and Organised Crime Bureau, some 314 kilograms of cannabis herb with a street value of €6.28m was found at the home of Mr Lawlor along with cocaine with a value of €770,000.

Meanwhile, Gardaí also seized an estimated €29,800 in cannabis herb, €3,000 in cocaine and arrested three men, following searches at two residences in the Roscrea on February 13.

Shortly after a first search which yielded cannabis worth €20,000 and cocaine valued at €3,000, Gardaí said a follow-up search was conducted at a nearby residence.

This led Gardaí to the discovery of a grow house. A number of cannabis herb plants, along with other drug paraphernalia were seized at the property. The plants have an estimated worth of €9,800.

Three men were arrested during the operation led by Tipperary Garda.