Call for more policing after Laois playground attacked by vandals 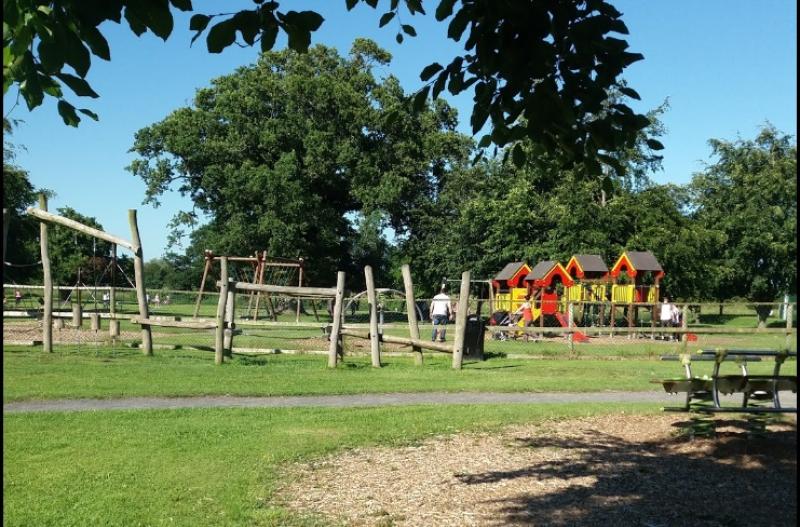 The People's Park in Portarlington

A Laois councillor says that better community policing is needed in his town after a playground suffered extensive damage by vandals.

An estimated €4,000 worth of damage has been done by burning, breaking and stealing play equipment in the People's park Portarlington.

Among it was special needs sensory equipment that had been especially imported from the USA.

The damage happened on Thursday or Friday night, February 11 or 12, says Cllr Aidan Mullins. He first posted this photo below on his social media page, asking for people to come forward with information. 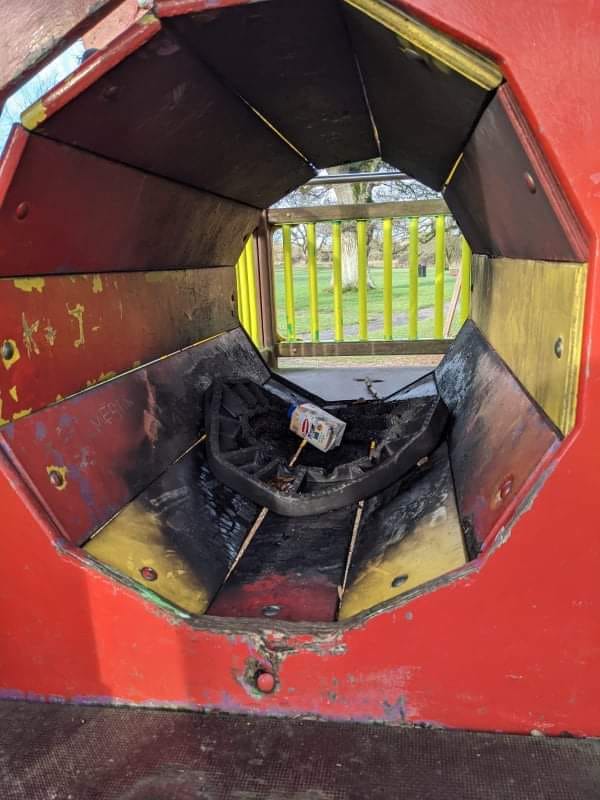 "The damage is worse than first notified. Laois County Council have had a contractor in to inspect the full extent. The photo I took showed a tunnel burnt, but there is also extensive damage done to a climbing frame.

"We had sensory equipment, large drums and mallets fixed in place, they have stolen some of that, it is just gone. That cost €2,500 from the USA.

"They broke a fence, they tried to burn rope on the pyramid climbing frame. they broke little seats in the toddler sandpit. The total damage is estimated at €4,000," Cllr Mullins told the Leinster Express.

He suspects it may have been carried out by a large group of young people.

"There is CCTV at the Leisure Centre but it is not trained on the playground. But we can determine a group of eight or nine young people at the time of the damage. I am not suggesting that every group is causing damage, but this group did. And the presence of teens on equipment dominates the area, young children are afraid to challenge them. A small number give a bad name to the rest," he said.

Cllr Mullins says more Gardaí are needed to keep an eye on the People's Park.

"The lack of community policing is the big issue here. The back of the Garda Station faces onto the park. How are groups that size able to gather at this time, and so close to the station?" he questioned.

Cllr Mullins is a member of the committee for the People's Park, which has achieved Green Flags in recent years.

He said the vandalism will prevent further investments in it.

"There are smart seats now for public parks where you can charge your device by solar panel. We could have one but there is no way we can invest with this behaviour. Nor could we install outdoor drinking fountains.

"The consistent vandalism by a few small number of morons is preventing further development," he said.

He said that other Laois playgrounds have also been vandalised recently.

"There were trees pulled out in Stradbally, and damage in Rathdowney. That is thousands of euros of damage in Laois since January. It is despicable, that money would be better used investing in playgrounds," Cllr Mullins said.

He is asking for anyone with knowledge of the vandalism to come forward.

"Some of their peers know more than likely who did this. I ask them to talk to anybody in authority, and they can talk to me in confidence," he said.