Speeding learner driver 90km from home on cocaine in Laois 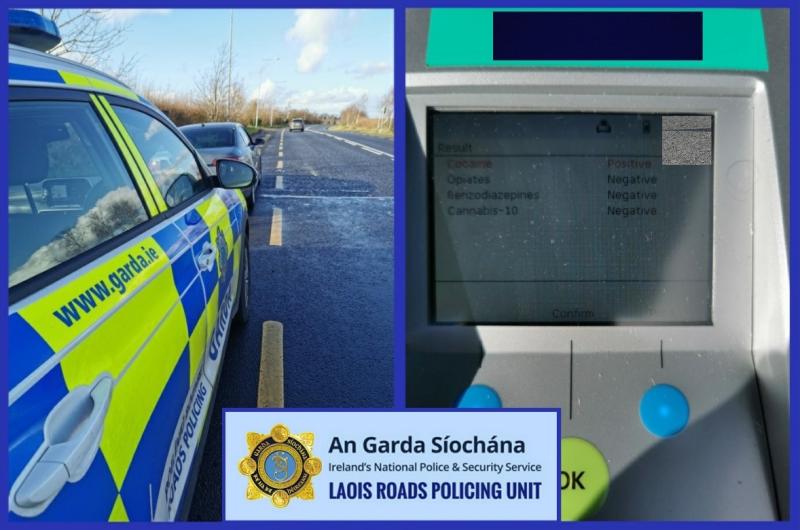 Speeding learner driver 90km from home on cocaine in Laois

A driver and their passengers in Laois were caught for a shocking litany of offences by Laois gardaí this week.

Garda Síochana Laois Offaly district have reported the incident with this photo of the car that was stopped, on Tuesday, February 16.

The car was on the M7 motorway, itself an offence for a learner driver.

The driver tested positive for cocaine, and was arrested and will be brought to court.

All four occupants in the car were from four different households, and were all 90km from home, breaking Covid-19 regulations.

"Laois Roads Policing unit on the M7 earlier today detected a learner driver travelling at 156kph in a 120kph zone. The were 4 occupants in the vehicle who were all 90 km from home and all from different households. They had no legitimate reason for their journey. The driver failed the road side drug test for cocaine and was arrested. Fixed Charge Notices issued and court appearance to follow." the Gardaí reported.

They have reminded the public to never drive under the influence, and to stay within 5k of home.