Over 300 attend Traveller funeral as mourners break through Garda checkpoint

Mourners at a Traveller funeral held in Carrick-on-Shannon, Co Leitrim today broke through a Garda checkpoint on foot to get to a marquee they had erected in the Shannonside View estate.

Following the funeral in St Mary's Church and burial in St Mary's Cemetery, which was attended by over 300 people, Gardai attempted to prevent the mourners from returning to a marquee that had been erected the previous day. 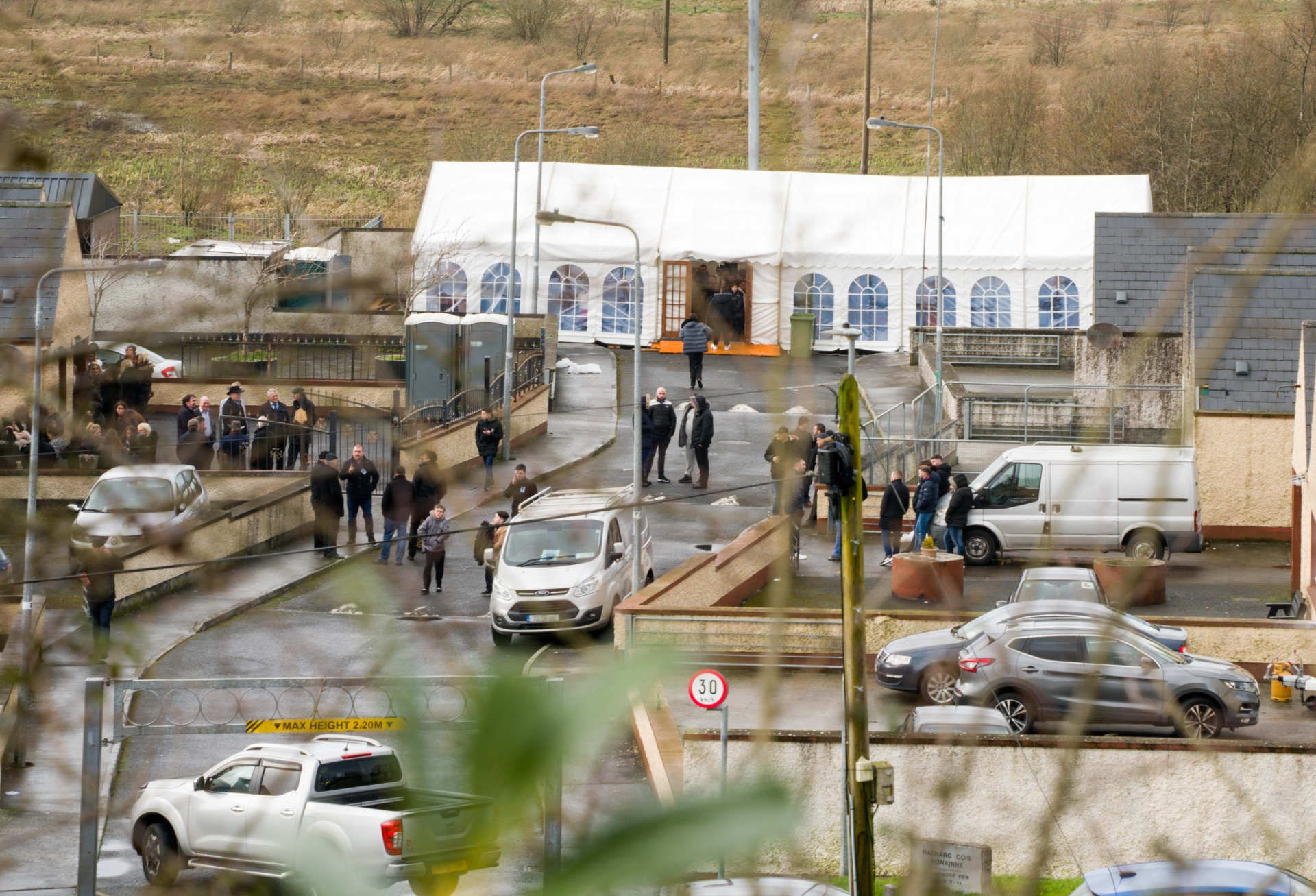 PHOTO: A large marquee was erected on Wednesday at the Shannonside View estate in Attirory, Carrick-on-Shannon.

A number of vehicles and pedestrians were turned away at checkpoints on both sides of Attirory but a large number of mourners gathered on foot in a local car park near the estate and rushed at the checkpoint, breaking through.

It is understood about 200 people are currently present in the marquee.

Earlier, the funeral Mass of Davey Reilly was celebrated by Fr Frank Garvey PP in St Mary's Church and there was a reduced number in attendance.

Following the Mass, the coffin was taken by a horse drawn hearse to St Mary's Cemetery, stopping at the Hartley junction where it was carried the remainder of the way. None of the mourners were seen to wear face masks.