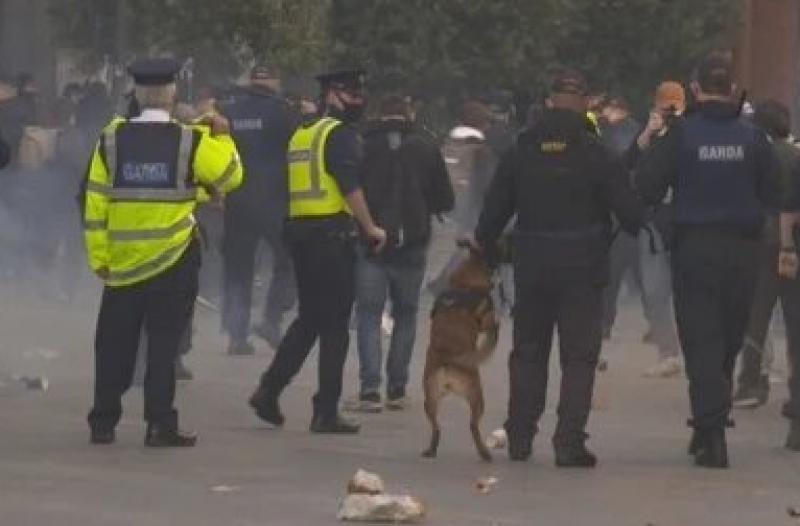 Garda HQ set what it expects and its plans to deal with protestors in Dublin on March 17, in a broader statement urging people to stay home on St Patrick's Day.

"Multiple protest events are being planned on social media by disparate groups in different locations in Dublin city centre, which will require a significant Garda policing operation. An Garda Síochána is advising the public to refrain from any non-essential journeys to the city centre on the day as restrictions and cordons will be in place that may hinder easy movement around the city.

"In relation to these protest events, a policing plan is in place and An Garda Síochána will be deploying a large number of Garda personnel supported by national units such as the dog unit, the mounted unit, air support, and public order.

"In addition, checkpoints will be in place on arterial routes into the city and checks will be conducted on public transport over the course of St Patrick’s Day.

"In line with public health advice, in the first instance, An Garda Síochána would ask people not to organise or attend such protests.

Gardaí clashed with protestors at a demonstration which violent on Grafton Steet in Dublin on February 28.

A statement said that On St Patrick’s Day, at any one time, more than 2,500 Gardaí will be on duty across the country.