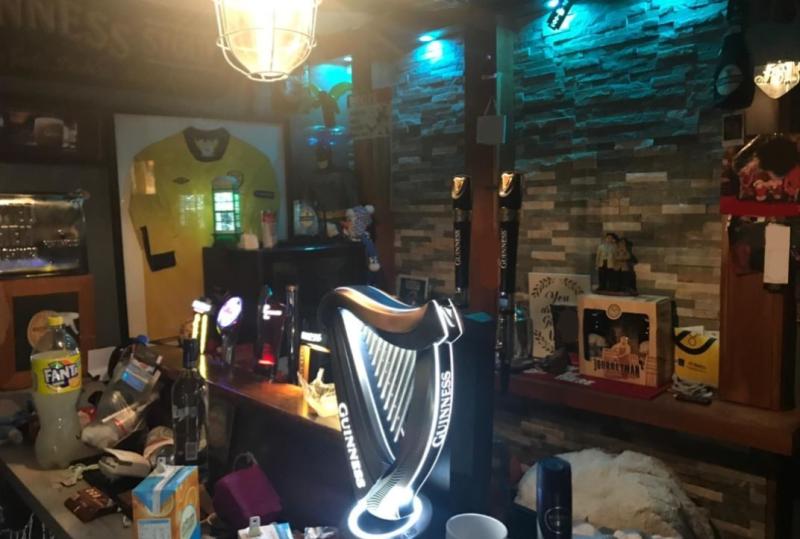 Gardai have raided a suspected Covid-19 lockdown shebeen in Dublin.

As part of Operation Navigation, a private premises was searched by Gardaí in Dun Laoghaire, investigating alleged breaches of liquor licencing legislation in support of current public health measures.

On Saturday, March 13 Gardaí say theh received report of a number of persons gathered at a private premises in Monkstown.

Gardaí say they attended the scene and a number of persons were found present at the premises.

"These persons will all be issued with Fixed Penalty Notices for an alleged breach of Regulation 4 of the Health Act, 1947 Regulations - Restriction on the Movement of Persons. One male, aged in his 20s, was arrested for public order offences. He has since been released without charge pending consideration for the Adult Caution scheme

"A subsequent search of the premises was conducted under warrant and Gardaí seized a number of beer taps, kegs, gas cylinders and other bar equipment. A small quantity of suspected cocaine was also seized by Gardaí," said Gardai.

Enquiries are ongoing and a file will now be prepared for the Director of Public Prosecutions.

Gardai say the COVID-19 pandemic remains a public health crisis and they continue to appeal to all citizens to comply with Public Health Guidelines and Regulations in order to save lives.