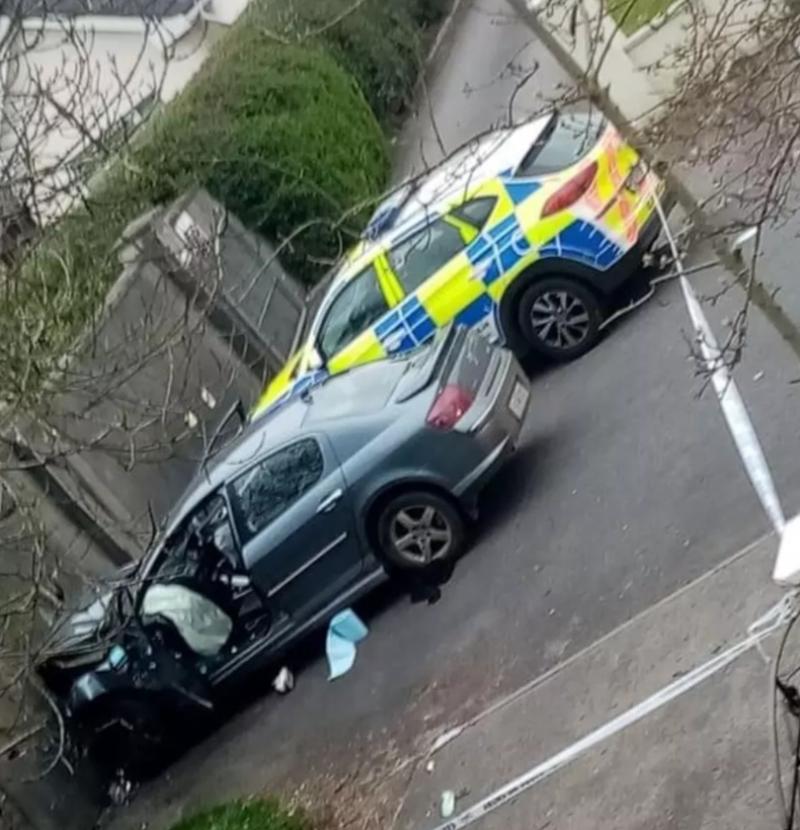 Gardaí are continuing to investigate an incident of dangerous driving, which resulted in a garda and another man being hospitalised following a high speed car chase in Longford town.

At approximately 4pm on Monday afternoon, Gardaí received reports of a silver coloured saloon vehicle driving erratically and conducted a stop on the Ballinalee Road.

As Gardaí approached the vehicle, the driver failed to remain at the scene, striking a Garda member with the vehicle as they drove away.

The Garda member who was struck by the vehicle was taken to the Midlands Regional Hospital, Tullamore to be treated for injuries to his wrist.

The driver of the vehicle, a 35-year-old man from Cavan, was taken to Tullamore Hospital to be treated for serious but not life-threatening injuries. He remained in hospital as of Tuesday afternoon and was unable to attend Longford Distric Court, where he was facing charges on other matters.

Enquiries are ongoing and the Garda Síochána Ombudsman Commission (GSOC) is understood to be investigating the circumstances behind the collision.

Gardaí are appealing to anyone who may have any information in relation to this incident to come forward to them. In particular, anyone who may have been in the Ardnacassa, Ard Aoibhinn (Ardeevan) and Ballinalee Road areas of Longford Town between 4.00 - 4.30pm.

Any persons with mobile phone or CCTV footage or road users who may have camera (including dash cam) footage is asked to make this available to Gardaí at Longford 043 335 0570 , the Garda Confidential Line 1800 666 111 or any Garda Station.