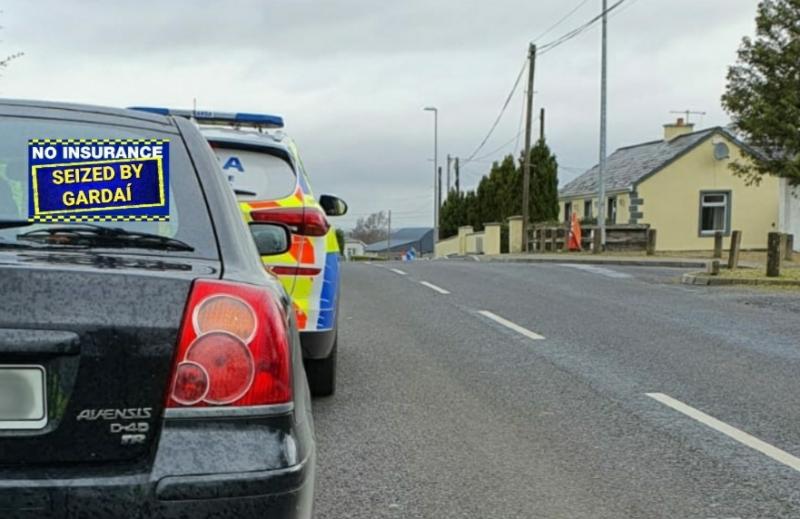 Invalid motor insurance has led to Laois Gardaí seizing a car in Mountmelick while their Offaly colleagues caught a learner without cover.

Gardaí seized the Toyota Avensis on Thursday morning, March 25. They provided details in a statement.

"Laois Roads Policing Unit on patrol this morning in Mountmellick stopped a vehicle and the driver produced what initially appeared to be a valid insurance policy to Gardaí, but after further enquiries with the insurance company concerned it transpired that the driver was in fact not insured. Vehicle seized," said the statement.

Meanwhile, their colleagues in the Laois Offaly Kildare Division were also in action in Offaly where a learner was caught without cover.

"Offaly Roads Policing Unit out and about north Offaly today stopped a driver who was driving without insurance and on a learner permit. Not a good start to a driving experience," said a statment.

Gardaí in both counties and right around Ireland will be busy Friday into Saturday this week on National Slowdown Day checkpoints.