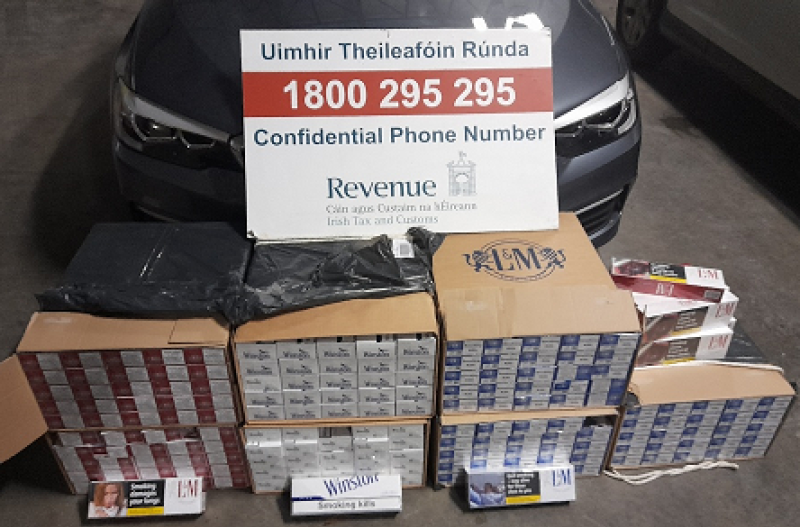 The cigarettes were seized when a vehicle was stopped and searched

INVESTIGATIONS are continuing following the seizure of 72,000 illicit cigarettes in Limerick.

The contraband, with an estimated retail value of over €50000, was seized during a joint operation which was conducted by Customs officers and gardaí from Henry Street station.

According to Revenue, the seizure represents a potential loss to the exchequer of almost €40,000.

The illicit cigarettes, which were branded L&M Red, L&M Blue and Winston Blue were seized when a vehicle was stopped and searched.

A Russian national, aged in his 30s was questioned, and investigations are ongoing.

"If businesses or members of the public have any information regarding smuggling, they can contact Revenue in confidence on confidential phone number 1800 295 295," said a Revenue spokesperson.