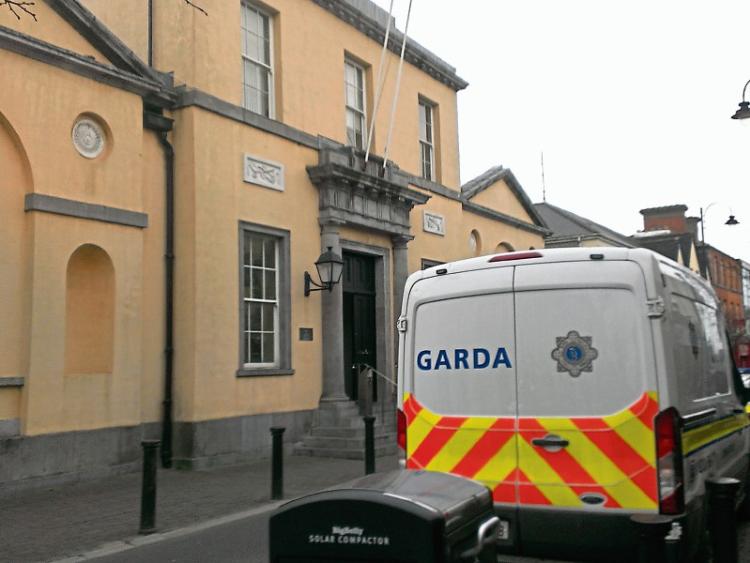 A man who “kicked and lashed” out at gardaí and an ambulance crew, was bound to the peace for one year at Portlaoise district court last Thursday.

Timothy McCarthy, 43, of no fixed abode was charged with intoxication in a public place and using threatening, abusive or insulting words or behaviour at County Hall, Portlaoise on March 18 this year.

Sgt JJ Kirby told the court that Mr McCarthy was found in a collapsed state at 12.20pm. An ambulance was called and gardaí attended. Mr McCarthy kicked and lashed out at the guards and ambulance crew.

Defence solicitor, Barry Fitzgerald said that Mr McCarthy had had a lot of drink taken. He had been in an incident and was hurt. He was in a haze and injured and his recollection of the incident was hazy.

He had written a letter of apology to the gardaí and hospital staff.

He had been doing well for a long time and this was an isolated incident.

Judge Mary Cashin bound him to the peace for one year on the charge of using threatening, abusive, or insulting words or behaviour and took the charge of intoxication into account.