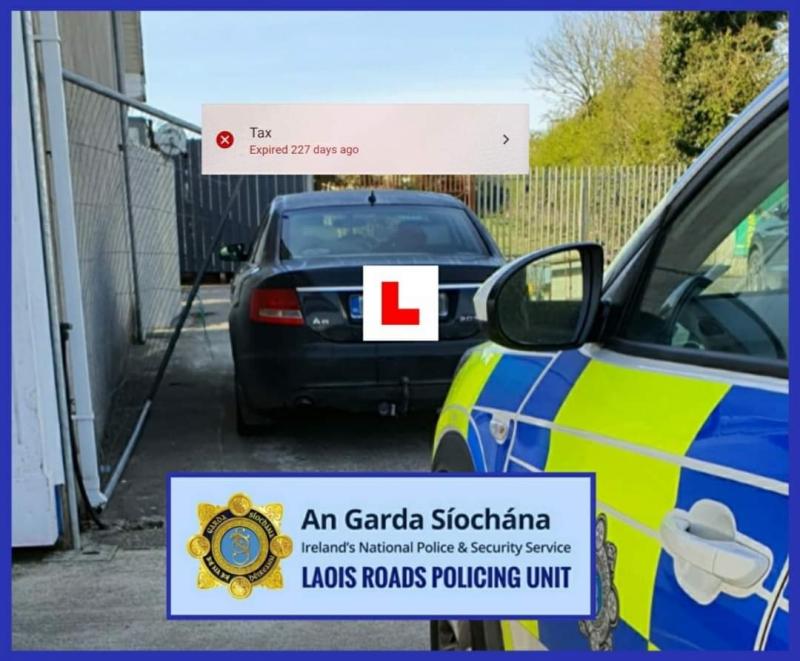 A Learner driver had their car seized and faces further penalties after being stopped by Gardai for a number of motoring offences.

"Laois Roads Policing Unit on patrol this morning in Rathdowney stopped a vehicle which was out of tax for over 200 days.

"Driver admitted to not having insurance and was a Learner Permit holder who was driving while unaccompanied. Vehicle seized and court proceedings commenced," they said.