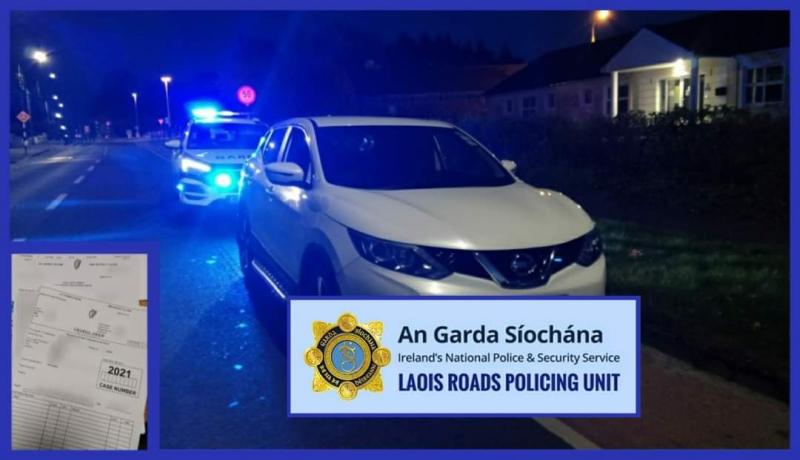 A driver hit with a four year driving ban is set for anothet trip to court after being caught behind the wheel again in Laois in recent days.

Laois Offaly gardai issued a statement after the driver was stopped on Wednesday, April 14.

"Last month Laois Roads Policing Unit had this driver before Portlaoise District Court for no insurance where he was disqualified from driving for four years.

"Driver charged and due back before the Courts again. There was also an outstanding warrant for the drivers arrest which was dealt with and the vehicle was seized," he said.