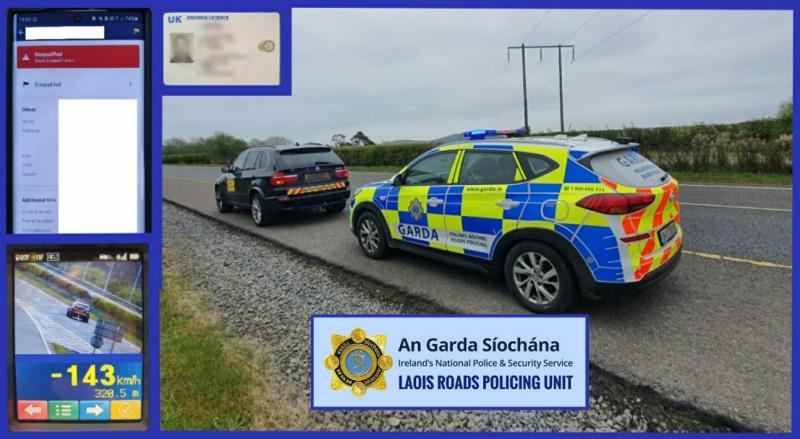 Yet another banned driver has been caught behind the wheel in Laois but this latest offender felt it was ok to break the speed limit and produce a UK licence in an attempt to avoid detection.

Gardaí issued a statement after stopping the motorist on Sunday, April 18 after clocking the SUV being driven at 143 kmph on the busy Dublin, Cork, Limerick motorway.

"Another disqualified driver arrested this evening after a vehicle was stopped for a speeding offence on the M7.

"The driver produced a UK licence when stopped but the Garda Mobility App showed the driver to be serving a four year Court Disqualification. Driver arrested and charged,"

Gardaí added that the vehicle was subsequently seized.