Three arrested as over €1 million worth of cocaine, cannabis, and tablets seized in garda raid 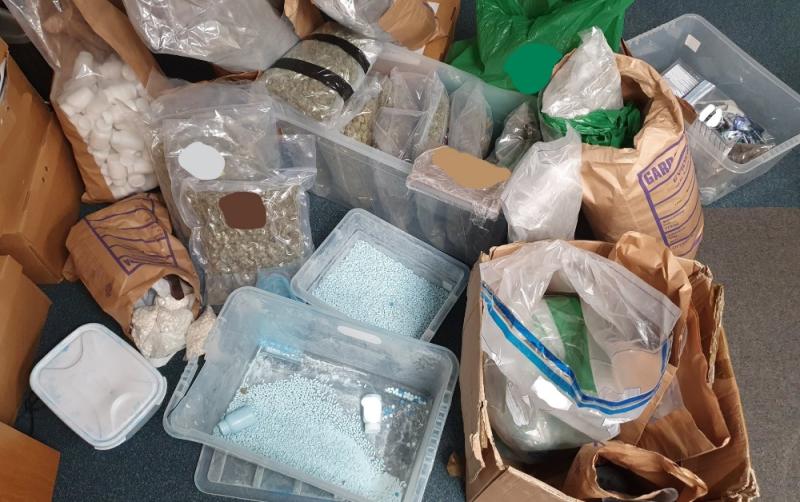 Gardaí have seized over €1 million worth of suspected cocaine, cannabis, and tablets, and arrested three persons, following a number of searches in County Meath on Thursday evening.

As a result of an intelligence led operation conducted by the Navan Detective Unit and the Meath Divisional Drug Unit, at approximately 9.20pm Gardaí intercepted a vehicle in Slane, County Meath.

During the course of a search of this vehicle, Gardaí located and seized approximately €70,000 of suspected cocaine (pending analysis).

The sole occupant of the vehicle, a woman in her early 30s, was arrested at the scene and she is currently being detained at Navan Garda Station under Section 2 of the Criminal Justice (Drug Trafficking) Act, 1996.

All of the suspected drugs will now be sent to Forensic Science Ireland for analysis.

Gardaí also seized an industrial tablet press and other drug paraphernalia, documentation, and phones during this follow up search.

A woman in her early 30s and a man in his late 30s were arrested at the scene and both persons are being detained at Kells Garda Station under Section 2 of the Criminal Justice (Drug Trafficking) Act, 1996.