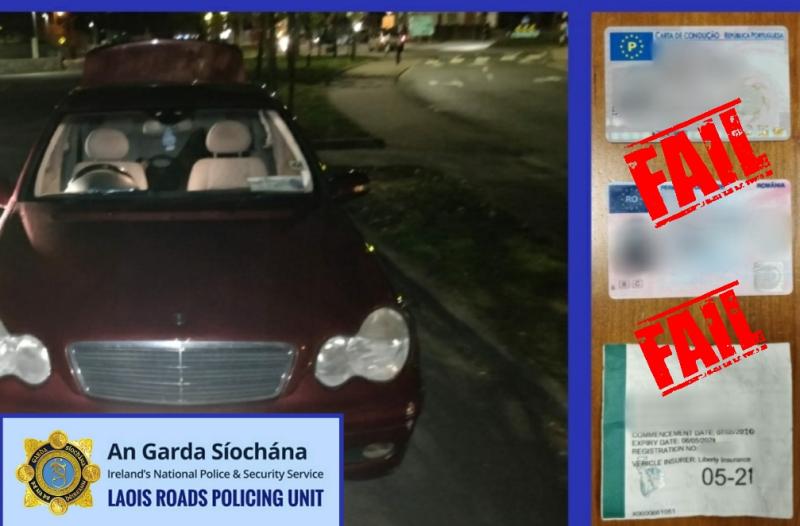 A driver who relied on two fake drivers licence and fake insurance is facing a real day before a judge in Portlaoise after being caught by Laois Gardaí.

The Laois Offaly division issued a statement after catching the driver over the May holiday weekend.

They added that the driver was arrested and their true identity was verified at Portlaoise Garda Station.

The person was charged and is to appear before Portlaoise District Court.

Gardaí said the vehicle, which appears to be a real Mercedes, was seized.